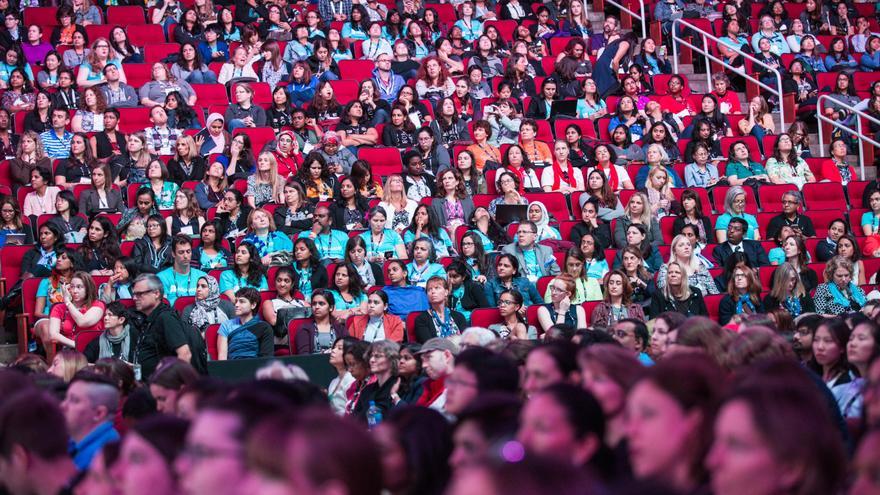 Have you ever wondered who builds the hardware and software you use every day? Computers, smartphones, smartwatches… A large part of these inventions originated in Silicon Valley (California, USA). If I ask you about technological leaders, surely people like Mark Zuckerberg, Elon Musk, Bill Gates or Steve Jobs come to mind.

That happened to me while I was studying computer engineering back in 2010. I seem to remember that in total I had only five professors throughout the four years of my degree. Regardless, I wanted to pursue AI because I couldn't think of a cooler (and futuristic) profession than this. Get machines to learn using computers, programming languages ​​and algorithms. Even work with robots.

One of the 'fathers' of computing and the theoretical foundations of Artificial Intelligence is Alan Turing. If you do not know his story, I encourage you to discover it through his scientific articles or the film. The imitation Game. Today I am not going to tell you about him, but thanks to his story and the social network Twitter, he came to me. timeline a crowdfunding campaign called "Saving Bletchley Park". The campaign was organized by a British woman named Sue Black and it was certainly something that caught my attention.

Investigating this campaign, I read the history of Bletchley Park and discovered that it had been the place where the British intelligence service worked night and day to decipher the German Enigma machine during World War II. Alan Turing worked there. All that legacy was about to be lost. The curious fact is that at that time they recruited in the United Kingdom and the United States more than ten thousand women called code breakers whose job was to analyze encryption and decryption of messages. When the war ended these women had to return to their lives and anonymity. Surely this story has not been told to you, just as it had not been told to me. You may not have heard it in the media either.

As a woman who works professionally in technology with a strong emphasis on outreach, these stories make you wonder if the absence of women in STEM (Science, Technology, Engineering, Maths) is a fluke or has to do with other structural causes. and social. As a scientist and engineer I began to collect data and studies related to this phenomenon. That's how I discovered the scissor graph in university jobs or that the presence of women in the technological world begins to decrease at the moment in which the personal computer is promoted and the stereotype of "computer geek" appears. Summarizing all this in an article is difficult, so I am going to tell you two personal anecdotes that changed my life.

The first is that during my doctorate I was awarded a scholarship to attend the Grace Hopper Lecture. It's a conference to celebrate female tech talent. I went in 2016 and 2017 and I remember that many of us were in tears when we saw the stadium of the Houston Rockets of the NBA full of women. They were all engineers, programmers, or worked on projects related to technology. After looking around you for many years and seeing only men, that photo sticks with you for life. We were 18,000 back then. In 2019 the record of 25,000 was reached.

At that conference I met Dr. Sue Black in person and was very fortunate to share several moments with her. We talk about many things, but above all about ourselves, about how technology changes your life when you understand it as a tool and as a professional future where you can make a place for yourself. She began studying computer science at the age of 30, after experiencing a series of episodes of domestic violence that affected her and her children. She had to fend for herself and she saw a guarantee in the technological world that did not stop growing. Over time, she got her doctorate and now, among other things, she helps other women with Techmums.

The second anecdote has to do with luck and finding yourself at the perfect time and place. Sometimes the referents are closer than it seems. During my doctoral stay in the United States, I discovered the story of researcher Luz Rello, creator of Change Dyslexia, whose main objective is to help early detection of dyslexia with Artificial Intelligence through games. We became friends due to circumstances, because we both coincided in Pittsburgh and there was not much other option to connect with Spanish people. I don't know if I would have met her any other way, really. Luz continues to teach me many things today, but if I had to choose one, it would be with the strength and tenacity to find, through technology, the way for her research to reach people. What in research is known as "technology transfer" but taken to schools, institutes and anyone who needs it.

After her, many more women came into my life: Manuela Veloso, Elena García Armada, Clara Grima, Ana Freire, Inés Huertas… Today, February 11, we celebrate the Day of Women and Girls in Science and I encourage you to discover his stories. Science and technology are increasingly present in our lives and who better than them to be ambassadors of these beautiful and necessary professions to design a more inclusive, diverse and fair future for all.