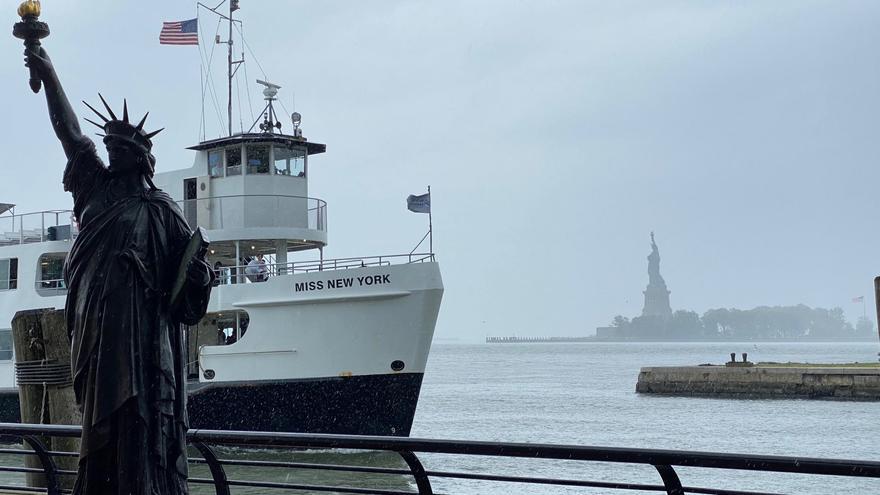 New York, Jul 2 (EFE) .- A small-scale replica of the Statue of Liberty stands during these days on New York’s Ellis Island, in front of its “older sister”, in an initiative to commemorate the 135th anniversary of the great icon of New York and the friendship between France and the United States.

The work, just arrived from France, was unveiled this Friday and can be seen in the Big Apple until next Monday, coinciding with the weekend in which the United States celebrates its national holiday.

The trip and the subsequent exhibition of this model is the result of the collaboration between the French Embassy in the United States, the French transport company CMA CGM and the French National Conservatory of Arts and Crafts (CNAM), which conserved and exhibited the work until this friday.

In 1886, France gave the United States a sculpture called “Liberty Illuminating the World”, made by the sculptor Frédéric Bartholdi, to honor the first centenary of North American independence.

During the creation process, Bartholdi used several small-scale prototypes to work with the proportions of the final work, 46 meters.

One of those small statues that he made in plaster in 1876 (8 years before reaching the final model) has been kept at the CNAM since 1906 and in 2011 a foundry specialized in replicating works of art, the Fondérie Susse Art, used it to make another reproduction in bronze.

This “younger sister” made 10 years ago is about 3 meters tall and has also been exhibited at the CNAM. It was transferred in a special container with plexiglass walls that sailed on June 21 from the port of Le Havre, in northwestern France, bound for the United States.

After passing through New York, the replica will travel to Washington, where it will be exhibited in the gardens of the French embassy in the United States, coinciding with July 14, the national holiday of France.