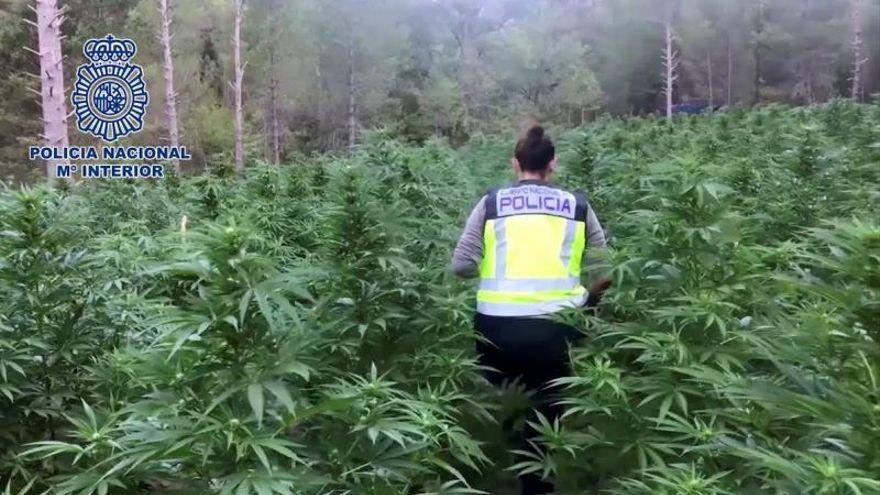 The Internal Affairs Unit of the Police has arrested a sixth agent of the Corps in the operation against the network of corrupt agents who collaborated with an organization dedicated to the cultivation and trafficking of marijuana, sources close to the investigation inform elDiario.es. In this case, it is about a national police officer assigned to citizen security work who was serving in a patrol car in the Badajoz town of Mérida. The other five national police officers arrested in Operation Fish were all members of the narcotics group of the National Police in the capital of Extremadura.

The plot was so extensive that it involved different organizations of traffickers and police collaborators. The sixth national police arrested was by order of the head of the Court of Instruction number 3 of Mérida when the rest of the agents were arrested in the framework of investigations opened in a court in Torrevieja (Alicante). There are already six national police officers arrested and one civil guard, out of thirty arrested in the aforementioned operation against marijuana trafficking, the sources consulted specify.

To the six national police officers must be added a 56-year-old civil guard from the Badajoz Command, who was associated with the alleged drug traffickers independently. The joint operation of the Police and the Civil Guard has also made it possible to dismantle four indoor plantations (“indoor”) with the seizure of more than 3,000 marijuana plants.

The Internal Affairs units of the Police and Civil Guard have participated in the investigation. The agents discovered that their companions warned of the investigations that other groups were carrying out against the presumed traffickers, even providing them with documentation incorporated into them. Operation Peces, as the operation has been called, has gathered evidence of the payment of the drug traffickers to the agents of the Security Forces.

The agents of the Security Forces are charged with six crimes: bribery, disclosure of secrets, infidelity in the custody of documents, influence peddling, failure to prosecute crimes and concealment. The judicial authority has decreed the secrecy of the proceedings. Most of the 30 detainees are of Spanish nationality.

Although the bulk of the criminal complex was based in the province of Badajoz, the arrests have extended to the Madrid town of Fuenlabrada, since the objective of Operation Peces is several organizations with links between them.

The agents have made a score of searches and in addition to the drug, they have seized a large number of tools for the installation of the plantations, such as lamps, halogen or air conditioning consoles, as well as various vehicles. Police and Civil Guard groups specialized in organized crime from the Balearic Islands, Alicante, Malaga, the Canary Islands and Galicia have participated in the investigations, as well as the aforementioned Internal Affairs agents.

The businessman Rafael Palencia dies, who admitted payments to box B of the PP