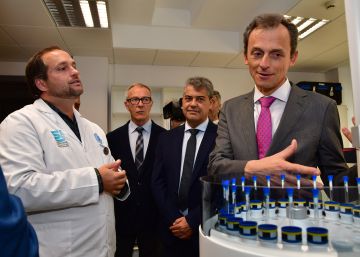 The idea of ​​dividing the Ministry of Science, Innovation and Universities in two, after only a year and a half of meager progress, helps the rectors, trade unions and the scientific community. If there are no last minute changes, Science and Innovation will be for the Socialists and Universities, which stays in the bones, for United We Can. Nor applaud the measure, although as always more restrained, the social councils of universities, which represent the business and cultural fabric. In his opinion, the interlocutors multiply, the power is dispersed and, existing as there is university autonomy, a Ministry of Universities is empty of content.

The parties promised otherwise less than two months ago in the campaign. The PSOE was going to “maintain and strengthen a ministerial structure that ensures the integration of the entire knowledge and innovation system, including universities, which develop more than 60% of research in Spain ”. United We could not be left behind: “We will maintain and strengthen the Ministry of Science and Universities so that the momentum of scientific activity by the public authorities be more effective ”.

The relations between the rectors and the socialists, with whom they negotiated a new university law, They have been very fluid. “It was an achievement to get this ministry with the socialist government and this is a step back. We don’t care if it’s a distribution of cards or not, what we don’t like is the end, ”he says José Carlos Gómez Villamandos, President of the Rectors’ Conference (CRUE). Universities broke away from the Ministry of Education in July 2018 and Science and Innovation of Economy, Industry and Competitiveness.

Between 2008 and 2011 there was a Ministry of Science and Innovation with Cristina Garmendia (PSOE) in front, but then Luis de Guindos (PP) stayed with Science. With the first socialist governments there was only one ministry that added education, university and science.

The rectors will ask Pedro Duque –Everything indicates that he will remain as Minister of Science— that if the portfolio is broken “there is representation of 85% of the scientific production and 72% of the high production. It would not be understood that in his team there were no people coming from the world of the University ”, underlines Gómez Villamandos.

The rectors want a single interlocutor to tackle the precarious situation of the new scientists with a Statute of the Personnel in Training – hired in the universities and the Public Research Organizations (IPOs), which are autonomous -, to negotiate the law of contracts of the sector public or the Royal Decree of External Practices. “These are measures that require surgical development and application so as not to harm the university community,” says CRUE in a statement.

Physicist Perla Wahnón, president of the Confederation of Scientific Societies of Spain (COSCE) – which represents 40,000 researchers – considers it “absolutely necessary” to keep the ministry as it is, but believes that it should be given more political weight. “Not to do so is to go in the opposite direction to the countries around us and it would complicate the dialogue with the new European police station, which concentrates research, innovation and education.” In France and Portugal the ministry combines Science and University, while in Italy, the Netherlands and Germany the area of ​​Education is also added to the same portfolio.

“In the current structure of the ministry, the councils have felt more comfortable than before,” acknowledges Antonio Abril, president of the social councils of the universities. “The role played by the University in research is far superior to that of other European countries, in which companies have a very important role, and the ministry has to capture that reality,” says the secretary general of Inditex. Only 37% of Spanish researchers worked in a company in 2017, far from 50% in the EU and light years from South Korea (79%), Japan (73%) or the United States (71%), according to the data of the OECD.

The scope of action of a Ministry of Universities, which could be directed by the sociologist Manuel Castells is very limited. Looking ahead to the 2019 Budgets We can and the PSOE they agreed “reduce college fees at the levels prior to the crisis ”, but the tuition prices are not set by the State but by the autonomies and it is difficult for them to reduce them until they receive more funding. Nor would he manage the entire batch of scholarships and study aids, which the left agrees to raise. In the 2017-2018 academic year, university students only represented 25% of the beneficiaries but, being their allocation higher, they received 46.6% of the amount (1,575 million in total).

“We fear that, with the separation into two ministries, the University will be left unattended and the IPOs have more support,” said Ramón Caballero, general secretary of the University of CSIF. “We have seen it in the pre-agreement between Podemos and PSOE. The four measures of universities, such as the Statute of the Teaching and Research Staff or the agile creation of new titles, are mortgaged to a new law that is a chimera with the current composition of the Congress While the measures in science – more funding in R&D, more predoctoral scholarships … – are more concrete. “

Encina González, secretary of Universities and Research of CC OO, underlines: “We felt comfortable in the Ministry of Education, we are one more formative stage”. And he adds: “We had a bad experience at the time of Cristina Garmendia, who was more focused on science than on universities.” González, professor of the Complutense, is in favor of leaving the portfolio as it is or merging it with Education in a superministery. “A minister of Universities was going to be coordinating all day with Education for student subjects (scholarships or fees) and with Science for research. 75% of the training contracts are in the University, and is Science going to be in charge? It’s not understood”.

Education played its cards well in 2018 and stayed with the management of these general scholarships in all educational stages (1,470 million and 920,000 beneficiaries), and Universities with the Spanish Service for the Internationalization of Education (SEPIE), which manages mobility grants (226.2 million, 63,000 students and 23,000 teachers). The flagship are the university Erasmus scholarships – which represents 134 million – but the program has grown so much that it already covers ESO, FP and adult projects.