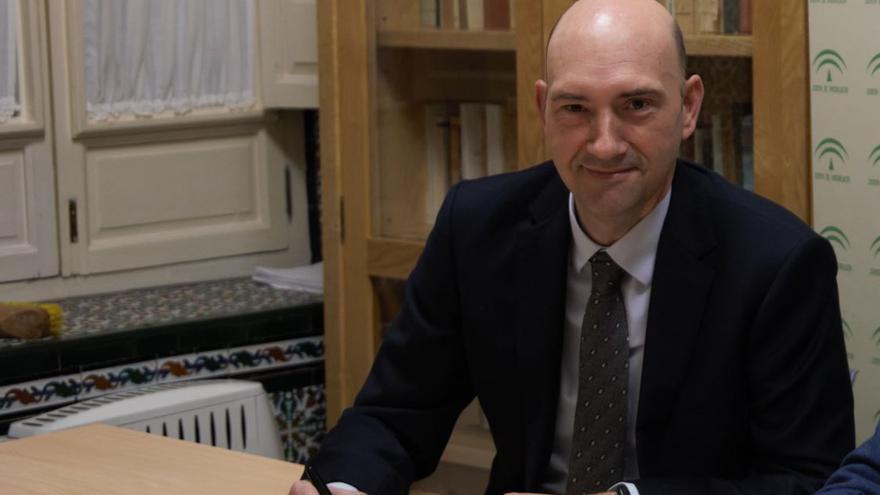 The Publick Worldwide company was the one used by the political consultant Josep Lanuza, one of the authors of the dirty war in social networks against the left in the last general elections of November 10, 2019, to collect during the previous campaign, that of April 28, more than 400-000 euros from the Popular Party. This Valencian political consultant took control of this company on April 22, just six days before the Spaniards voted in those general elections and when nine had already passed since the beginning of the electoral campaign. The owners of the company before it was acquired by the confessed author of the purchase of advertisements to discourage the vote of the left on behalf of sectors related to Iñigo Errejón were the audiovisual technician Antonio Martínez Pinilla and the current political scientist and sociologist Tristán Pertíñez Blasco. manager of the Andalusian Public Foundation Andalusian Studies Center, dependent on the Ministry of the Presidency of the Government of Juan Manuel Moreno Bonilla.

Tristán Pestínez was appointed manager of the public foundation of the Junta de Andalucía on March 6, 2019, but he did not leave the administration of the Publick Worldwide company until April 22 of that year, one month and 16 days after his appointment, according to official data published in the BORME. He transferred it to Lanuza, who was already working under Aleix Sanmartín, a consultant who advised Pablo Casado.

Pertíñez assures this newspaper that, when the company received the PP contract of 411,400 euros, "it was disconnected from it" although, according to the commercial register, it did not cease to be sole administrator of the company until April 22, just as his partner Antonio Martínez Pinilla, who has refused to answer questions from elDiario.es.

Pertíñez explains to elDiario.es that, although he was the administrator of Publick Worldwide, it was his partner who managed the economic aspect and that he was the one who carried out the sale. "As a company I don't have much idea. They called me to sign the notary and I went. I don't know the buyers," he explains. The current manager of the Andalusian Studies Center maintains that the company was idle "and they looked for a way out". "We charge for the sale the capital that we had invested in its creation, nothing more," he alleges.

Regarding the contract of 411,400 euros that the PP paid for the electoral campaign, he assures that he does not know his hiring despite the fact that in the middle of the electoral campaign he was still an administrator of the company. "I do not know anyone from the PP in Madrid, I used the company to do some work because I have always been self-employed," he adds. Regarding his partner, Antonio Martínez Pinilla, he assures that he has not spoken with him for more than a year. The Publick Worldwide company was created in 2018 and almost a year after its life it was transferred to its current owner, Josep Lanuza, also an employee of Pablo Casado's advisor, Aleix Sanmartín.

Pertíñez is one of the star signing of the Minister of the Presidency of the Junta de Andalucía, Elías Bendodo, considered the right hand of Moreno Bonilla. This political scientist and sociologist has turned the Andalusian Studies Center into a kind of Andalusian CIS. Through this entity, it conducts surveys on politics and the state of the autonomous community. With his arrival, the foundation dispensed with his predecessor in the position, Mercedes de Pablos, and advisers such as Javier Aroca, Carmen Tovar, mayor with the PSOE of Castilleja de la Cuesta and delegate of the Government of the Board in the province of Seville, and Paloma Cano, daughter of singer-songwriter Carlos Cano.

The contract of 411,400 euros was communicated by the PP to the Court of Accounts, but not by Josep Lanuza as administrator of Publick Worldwide, who for the moment has not explained the task for which he collected more than 400,000 euros from the PP in the electoral campaign of the November elections. Lanuza explained to elDiario.es that he will deliver the contract, the invoice and the work that he carried out on September 1 to the inspection body. Otherwise, the Court of Auditors could initiate proceedings to find out what was done in those works. And it is that the Court of Auditors asks the parties for all the information on electoral expenses because later these expenses are subsidized with public money.

In fact, failure to provide all documentation to the court may result in those payments not being incorporated into eligible expenses. In addition, the supervisory body must validate that all the money spent on the campaign has been used for legitimate and legal actions. At the moment and since Publick Worldwide has not delivered the documentation, the supervisory body does not know what that money was used for. If the opacity continues, the Prosecutor's Office of the Court of Auditors could act to obtain the documentation.

Lanuza denied that the money collected in the 28A campaign was for a toxic campaign and that the 411,400 euros was spent on a call center that he made "three million phone calls" for daily election polls.

The PP has given the same version through a statement. The Popular Party insists in that writing that party funds have never been used to pay for a dirty campaign against the PSOE and Podemos in the two general elections held in 2019 and that it has nothing to do with the opaque campaign than with ads on Facebook already Through posters placed in some Andalusian cities, they tried to demobilize the left-wing electorate by posing as followers of Errejón. Despite billing those 400,000 euros to the PP and after knowing that his boss, Aleix Sanmartín, was an advisor to Pablo Casado, Lanuza continues to maintain the same version: that he paid for those ads out of his pocket because he is a follower of Íñigo Errejón.

The party led by Pablo Casado denies that the 411,400 euros that he paid in the elections of April 28 last year to the company of Josep Lanuza, the political consultant who paid for advertisements to demobilize the vote of the left, as revealed by this newspaper , will be used for such a purpose.