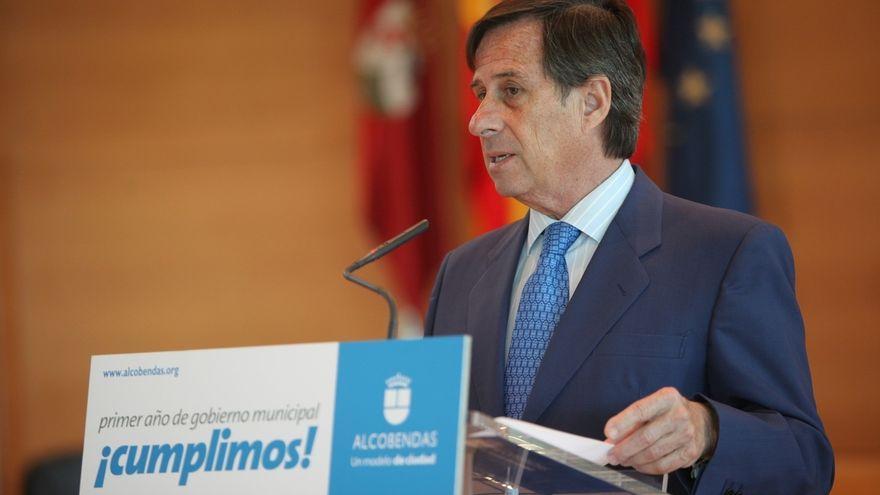 Ignacio García de Vinuesa has resigned from his position as Commissioner for Attention to Victims of Terrorism in the Government of Isabel Díaz Ayuso after transcending his indictment in the Punic plot for alleged irregularities committed during the stage in which he was mayor of Alcobendas.

The instructor in the case, Manuel García Castellón, has accused García de Vinuesa and four other former mayors of the PP accused of paying with public money for personal campaigns to improve their image and reputation. They are the ex-governors Ana Maria Kringe (Denia), Juan Alfonso Bataller (Castellón), Raúl López Vaquero (Coslada) and Narciso de Foxa (Majadahonda). The magistrate attributes crimes of fraud, influence peddling, embezzlement of public funds, falsification of commercial documents or prevarication.

In a car dated November 3, the judge also requests information about Víctor Soler, who was a PP deputy in the Valencian Corts during the last legislature, to proceed criminally against him. Soler was the first deputy mayor and spokesman in the Gandía City Council between 2011 and 2015 and is now a councilor in that consistory.

These accusations occur within the framework of piece 10 of the macrocause, in which an alleged diversion of public funds is investigated to pay for work to improve the online reputation of politicians linked to the PP carried out by businessmen Alejandro de Pedro and Alonso Conesa through the Eico and Madiva companies. The Anticorruption Prosecutor’s Office, which has requested these proceedings, suspects that the businessmen were camouflaging those jobs, which were actually campaigns for the personal reputation of public officials, such as “simulated advertising” campaigns by the administration concerned or alleged training activities and audits.

The network had several digital formats created for this purpose – “Noticias de Castellón”, “Noticias de Valdemoro”, “Noticias de Coslada” … – which were used to simulate the contracting of institutional advertising. The invoices included amounts that usually did not exceed 18,000 euros – not to exceed the threshold of the lower contract and favor its direct award – and included concepts that were not real, “hiding the true benefit,” argue the prosecutors in the case.

The new proceedings, requested by Anti-Corruption, will try to shed light on alleged contract fixes in three municipalities of the Valencian Community -Denia, Gandía and Castellón- and four of the Madrid Community -Valdemoro, Alcobendas, Coslada and Majadahonda-, as well as in the Ministry of Education of the Community of Madrid at the time when its owner was Lucía Figar, already charged in this case. Figar was Minister of Education between 2007 and 2011 when Esperanza Aguirre was president.

The judge agrees the imputation of eight former senior officials linked to former mayors, in most cases chiefs of the cabinet or those responsible for communication, and also cites as investigated Pablo Balbín, who was Figar’s chief of staff, and who Until November 2019 he was Director General of Communication of the Regional Executive of Ayuso. Balbín, who also directed the electoral campaign of the president of the PP, Pablo Casado, is currently the chief of staff of the councilor of the PP in Madrid City Council Andrea Levy.

Related to the alleged reputational work that De Pedro did for Figar, the judge also imputes the businessmen Abel Linares Palacios, linked to the company Nunyworld SL, and Víctor Daniel Steinberg Rubin, administrator of the company Víctor Steinberg y Asociados, who would have accepted “To carry out fictitious billing to the counseling in the name of your company, collecting concepts that were not real and concealing the personal work that was done for the former counselor.”

“Casado and Abascal have to unite because they are two patriots”