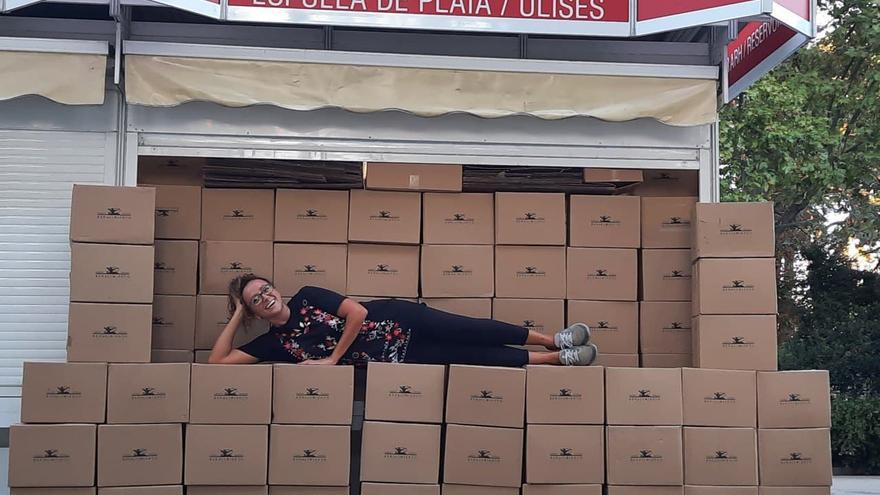 The director of the Madrid Book Fair, Manuel Gil, has launched a smoke bomb. Following the statements about the intentional allocation of the booths on the central island, which have registered worse sales than the lateral ones, social networks burned, but Gil has not given explanations. When he was asked, at the Fair valuation press conference, about the criteria for locating one or other publishers in the center, he replied that “it was a studied decision.” “We put publishers of small catalogs and those that have the need to join with other publishers on the island,” he added. This response has not been liked by the publishers that have been harmed.

Since the controversy broke out, the Organizing Committee of the Fair has been “literally 24 hours” studying “the regulations to respond to what has happened,” say internal sources. The Commission is made up of members of the booksellers and publishers associations, as well as the main distributors. “There are so many nuances to make Gil’s statements that we don’t even know where to start. I hope he is reflecting on how he has managed the situation and, above all, how badly he has communicated how the central booths were awarded,” says one of the members of the organization who have chosen not to give their name. “In theory, it had been agreed that the three-meter booths were on the island, which would be the ones that publishers have with little depth. Some were on the sides and others on the island,” although Gil pointed out in his press appearance that had not been drawn. These sources indicate that the reason why the island was made up of three-meter booths while large groups created long stands of up to nine joined booths, is logistics.

This Thursday the Board of the Book Fair is held, which they do every time an edition ends, to value it and share the best ones. “This year is urgent,” say internal sources. Manuel Gil has not wanted to clarify to this medium what his plans are for the Board but the management of the crisis of confidence leaves much to be desired according to some medium-sized publishers. Jorge Lago, from the Lengua de Trapo publishing house, feels “pissed off” because “after the noise and the criticism” no one from the organization has contacted them to give them an explanation. “That they recognize that they did not know how to manage, or that they did it this way for some reasonable reason,” he says. For Lago, the feeling is that “nobody is behind the wheel and they don’t have a minimum consideration” with small and medium-sized publishers.

“In the Board we are going to put different cards on the table. Among them, that the director leaves office,” says the member of the Organizing Committee. In the publishing sector resounds “the necessary relief” and that “Gil retires as soon as possible”. In the 80 years of the Madrid Book Fair there has not been a director and “a woman at the helm would be pertinent, not because of positive discrimination, but because of justice and criteria”, affirms the member of the Committee. Despite this, from the Book Fair they assure elDiario.es that Manuel Gil will continue as director.

Several of the publishers affected by the logistics of the El Retiro Fair and the poor sales of this edition – which, although they have only decreased by 10% overall, for some has meant losses of up to 40% compared to previous years – they are drawing up a manifesto to expose their complaints and “demand responsibility for breaching the Regulation” regarding the random allocation of positions. From the publishing house Libros del KO, the house responsible for the publication of Fariña, Emilio Sánchez Mediavilla assures that he has had around 35% less sales. “We are warm because Gil’s statements seem unacceptable and unfair to us. We thought that the place, which is essential to sell more or less, was awarded by a draw in which everyone, young and old, started from the same conditions,” he says .

Christina Linares, from the Renacimiento publishing house, reveals that she returns to Seville “with 80 boxes full”. “The central zone has been a ghost zone. I only ask for empathy on the part of the organization,” he adds. With a catalog of 2,500 titles and three publishing labels, he does not know why he was awarded a three-meter booth. “This monumental anger is because there is a total lack of communication. You trust them but you don’t know why they decide one thing or another,” he says. Being a publisher from outside Madrid, outside the organizing union, Linares has paid more for the rent. “It seems that, as it has been an almost miraculous Fair due to the circumstances, we can only give thanks and not question the decisions that have been taken so badly.”

Santiago Palacios, Sin Tarima bookseller, has been participating in the Book Fair for 42 years. Next weekend he hopes to take some time to write a text with constructive criticism and send it to the management of the Fair. “I was in booth 33, a prodigiously good place. I have done the best Fair of my life. But that does not prevent me from knowing that it had important deficiencies like that on weekends the rhythms have been blocked by the signatures of the stars“. Palacios assures that” as we neglect the Fair, it gets out of hand and will only end in signatures of ‘Masterchef characters’ “. Regarding the great problem of the capacity limit, the bookseller asks:” How can there be problems with the capacity and people sitting all morning having a coffee inside? “And he suggests that it would be” more coherent “to put the two cafes outside.

For the Alpha Decay publishing house, with a community of followers of more than 20,000 users, the fair has been “regular”. Julia Echevarría is the editor of the general collection. He is dissatisfied with Gil’s statements in which he justified that the great differences between large and small sales were due to the fact that “what you pay is having a good brand or a broad community behind you.” “I feel indignation because precisely the small publishers the only thing we have is that: a reinforced community and brand,” says Echevarría. “Sales have dropped because the organization was terrible, not only the place, but also the limited capacity and the two-hour queue to enter that a fan of a youtuber he does it to you, but older people, for example, don’t “, he adds. Another editor, who was not on the central and sales island, has done” good for how bad others have done “, states that” the The brand’s roll and the community behind it intends to blame the publishers. And here less was needed marketing and more fair organization, “he says.

The perspective of the big publishers is necessarily different. One of them, Grupo Planeta, has brought more than 200 authors and 400 signature sessions to the Fair. Nahir Gutiérrez, communication coordinator of Grupo Planeta, assures that “the measure of success” of their participation is that all its authors “have been happy and grateful for this reunion with their readers.” For this editorial, which has not suffered from the logistical problems of others, the most shocking thing “has been to see the response of readers, the patient queues at almost any time on weekends or the curious thing about a Fair in which, for the first time, it was getting dark. “

Eleven editorials signed a critical text last Saturday that they sent to the management and to which this newspaper has had access. It states that “the time has come to turn around the current management of the Book Fair to guarantee its future and avoid the nonsense, errors, poor organization and abuse of power that has presided over the edition that is now ending.” They saw as “incomprehensible” that the control of the capacity was maintained coinciding with the relaxation of some restrictions for closed spaces, such as the cinema, which the Community of Madrid decreed with the fair already started. This manifesto indicated as “abuse of power” the placement of institutional advertising without prior notice in the booths of publishers and booksellers in Madrid, nor did it report on the economic impact associated with such advertising.