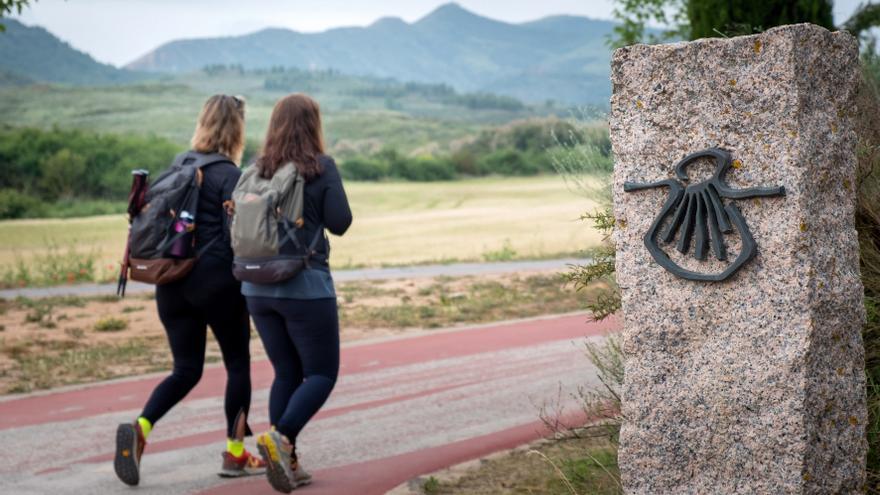 Logroño, May 30 (EFE) .- The Jacobean towns are prepared to receive, with security, the pilgrims, who are “those luminous signs, like fireflies that indicate that life returns to normal”, after “many months of concern, doubt and unease “of not being able to enjoy this trip due to the covid-19 pandemic.

This has been explained to Efe by the president of the Association of Municipalities of the Camino de Santiago and mayor of Logroño, Pablo Hermoso de Mendoza, who has assured that, since this month of June, the communities and towns of the Jacobean Route hope to have many pilgrims, if the favorable evolution of the pandemic and the growing vaccinated population continue.

He has reported that, after the lifting of the state of alarm on May 9, “we are seeing, very quickly, a return” of national and international walkers to the Camino de Santiago, which crosses Navarra, Aragon, La Rioja, Castilla and León and Galicia on its French route, on a route of almost 1,000 kilometers.

“In less than a month – he continued – we are almost 20% of walkers and it is possible to think that we can recover a fairly high percentage, between 70% and 80% of those that existed before the pandemic”, since “there are many people who postponed and stopped doing the Camino de Santiago and are now taking it up again. ”

In the Association of Municipalities of the Camino de Santiago, a network made up of 104 localities, “we have good prospects” in this regard, given that 2021 is the Jacobean Year -expanded to 2022 by the pandemic- a religious event that believes that “believers it also stimulates them a lot to do it. ”

According to the data of this Association, there are already more than 70 open shelters, of the more than 135 that are at the base of this network of municipalities, to which are added pensions, rural houses, hostels and hotels throughout the journey.

Hermoso de Mendoza has influenced the security with which the Jacobean Route is prepared to receive pilgrims and visitors and, as regards the shelters, has recalled that in the three months of confinement, between March 15 and June 21 of last year, “a lot was learned and these accommodations were adopting very rigorous and very serious protocols” against covid-19.

Among them, he has cited everything related to entrances and exits, limitation of food service and safety distances and said that these protocols “have been strengthened and ensured” not only to guarantee “ideal conditions for pilgrims”, but also also to the hospitaleros, who currently “fight” to offer that hospitality to the pilgrim, who could not offer it last year due to the pandemic. ”

In addition, he has indicated that all the information that the pilgrim needs to see what the sanitary conditions of each of the autonomous communities through which the Camino passes, as well as the established capacity and possibilities, is posted on the Association’s website. of hostel.

“All the communities and municipalities of the Camino – he insisted – are united to make a Route not only safe against covid-19, but tremendously attractive and suggestive and transfer it to the world” because “there are people from all over the world who come to enjoy from Spain through the Camino de Santiago “.

This is “very important” for all the towns through which the Jacobean Route passes and, especially for the little ones, who “live by and for this Camino”, in which “there is a small shop, a small bakery, a small hostel …, whose economic activity is linked to the passage of pilgrims “.

Thus, in addition to the cultural, emotional or spiritual value that “this return to return, reset and see pilgrims again”, the Camino also has “an important economic and tourist value”, which must be “strengthened so that it can allow , again, many people return to their economic activities, “he has considered.

Hermoso de Mendoza, who acceded to the Mayor of Logroño in June 2019, has added that there are pilgrims who make the Camino by sections and, “although the part near Galicia is the most numerous”, this Route is something more and can do that “those twenty days of walking or those ten or twelve days on a bicycle are something that transforms you and allows you to leave renewed”.

The mayor of Logroño has traveled some stages of the Camino, but he hopes to complete it when his responsibilities “are not so intense” and he is allowed to do so.