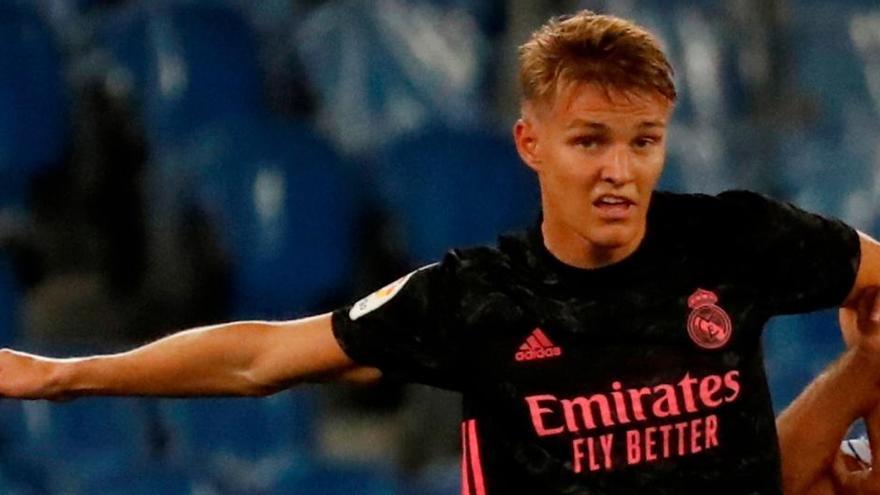 Real Betis and Real Madrid will play this Saturday at Benito Villamarín (21.00 hours) a duel of the matchday 3 of LaLiga Santander in which those of the Chilean Manuel Pellegrini will seek to reaffirm their idea with a third consecutive victory and those of Zinedine Zidane take off after their gray start at the Reale Arena, with the goal as the main pending issue.

Betics and Madridistas will meet again after the Verdiblanca victory on March 8, the last match before the suspension of the competition due to the coronavirus, in a moment of happiness for the locals after two victories against Alavés and Real Valladolid and doubts from the madridistas after their goalless draw against the Real society in its league premiere.

The goal is the subject that Zidane’s men will want to pass in their reunion with Pellegrini’s, which has made defensive consistency and leave a clean sheet the base on which to build a team that no longer suffers permanently behind like last season and that continues to maintain its quality assets from midfield forward.

Betis, who have not conceded in the two games of the current campaign and co-leader of the classification, I could repeat the alignment because, in addition to having most of its troops except for the ‘headdress’ Andrés GuardadoThe scheme proposed by Pellegrini has given him the long-awaited balance between lines and, most importantly, six points that support his bet.

That of Real Madrid is always a prestigious appointment and, in the case of Pellegrini’s, it will be one of consolidation in the belief in a game idea that, from eclecticism and tactical variants, you always have the start command to try to clear a clean sheet.

The Chilean Claudio Bravo settled in the goal as the first link of the defense and solvent exit of the ball, in the verdiblanca rear Brazilian Emerson Royal and Álex Moreno will repeat in the wings and the Algerian Aïssa Mandi and Marc Bartra in the axis, with the Argentine Guido Rodríguez as the closing midfielder ahead along with the Portuguese William Carvalho in the double pivot.

Guido Rodríguez is the keystone of the Betic defensive network, with a growing defensive and tactical contribution that has made it grow exponentially the game of creation, containment and distribution of William Carvalho, called to be one of the leading names in the Betic bet this year.

Sergio Canales, Joaquín Sánchez and French international Nabil Fekir They have all the ballots to form the usual line of three that Pellegrini usually places behind the center forward, a position in which Borja Iglesias could continue, although with options for Paraguayan Tony Sanabria, who already had minutes and chances against Valladolid.

In Pellegrini’s offensive deck, players such as Juanmi Jiménez, Mexican Diego Lainez, could also have minutes against Real Madrid. youth squad Aitor Ruibal and winger Cristian Tello, author of the Betic victory goal in March and always decisive in his scoring contribution as he demonstrated with his goal in the discount in the victory against Alavés.

Real Madrid arrives at the meeting with its first obligations to fulfill and defects to polish by Zinedine Zidane. The demanding start of the calendar with two consecutive starts and at stadiums such as Reale Arena and Benito Villamarín, tests the strength of the current champion who, after his start with wet gunpowder, will recover troops.

The news on his short vacation has been focused on outings and lighten the wage bill before the arrival of signings. Only the return of Martin Odegaard after his assignments slightly changed the face of Real Madrid. The Norwegian started against Real Sociedad and points to the bench in Seville after a week altered by a false positive in coronavirus. Zidane must find solutions to the goal and that the good game of the team has the desired prize.

The French coach has the losses of Militao in defense and Mariano Díaz in attack. Recover Isco Alarcón and Lucas Vázquez, whom he sees in better physical tone than the Belgian Eden Hazard and Marco Asensio, whom he discards and will have to continue training intensely before returning to compete.

The lights point to Hazard in the season that he must recover his true level. Zidane’s wish is for him to reappear being one hundred percent and that’s why he finally discarded it to travel to Seville. Does not change the route plan marked the tie of the premiere or the requirement to measure a Betis thrown.

The Madrid coach must look for a benchmark in the last meters that connects well with Benzema and you have several options. Odegaard did not finish working on the first try, You can choose Isco or go on to play with four midfielders. Casemiro’s return to the starting team is certain after his strange substitution and there is room for Fede Valverde’s options.

The key: The Betic defensive consistency will test the ability of Zinedine Zidane’s men to find their way to the goal.

The data: Real Madrid have only lost four of the nineteen official matches, two of them in the Cup, which they have played at Vilalmarín so far this century, a period in which they have added ten wins and five draws.

Guido Rodriguez, Betis midfielder: “Zero behind is the most important thing”

Zidane: “Betis is a team with quality players and they have a coach who can contribute a lot”

The environment: Betis will not have the plus of its fans in a match in which Manuel Pellegrini will again face the team he trained in 2009-2010 to consolidate his bet and, with it, the tranquility within the team and the Betis entity .