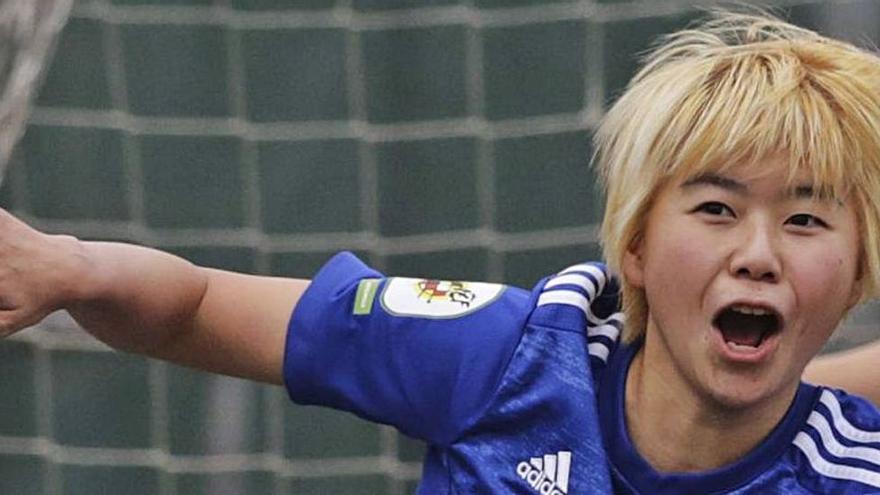 The insults were reported to the referee, always according to the minutes of the collegiate Patricia Rodríguez, by Yuki’s colleagues and members of the blue club. This is how the minutes record what happened: “At the end of the match, the leaders and players of the local team come to tell me that, when the players were going to the changing rooms, the player number 10 of the visiting team insults the local player number 6 the following: ‘Chinese whore of shit’, which is very affected crying”.

“I did not hear the insult, but my partner and the referee did. It gives me a little sadness and sadness and it affected me, but I’m fine now, “Yuki explained this Sunday to La Nueva España, a newspaper of the same group as this newspaper, after the incident while having a coffee commenting on what happened with the president of the club, José Moro, and the central Lorena Reina. Yuki prefers to turn the page. “He got heated on the spot and asked me for forgiveness. I got very angry at that moment, but I prefer to forget it ”, emphasizes the Japanese. “It is the first time something like this has happened to me since I have been in Spain, but my colleagues and my president told me to head up and they encouraged me. I’ll stay with that ”, concludes Yuki, who plays extreme and is the first Japanese to play for Oviedo Femenino in its history.

The president of Oviedo Femenino, José Moro, found out what happened when he went down to the changing room area at the end of the game. “I saw her crying, I asked what had happened and they told me. I talked about it with the Osasuna managers and they called their player’s attention. We both condemn that performance. From Oviedo we reject it, but neither do we intend to criminalize anyone for a mistake. We focus on supporting Yuki ”, explained the president. “Without justifying the action, I think that the tense situation of the match made the Osasuna player lose her nerves and did not value the connotation of her words,” added Moro, who insists on “positively assessing that without leaving the facilities both the player , like the rest of the squad, coaching staff and representatives of the club expressed their apologies to the player, the team, the club and the fans ”.

For her part, the Osasuna player who insulted Yuki, Patricia Zugasti, denied what the record reflects in statements to the “Diario de Navarra”. According to her, she said “but what a kick that china gave her!”, After a hard tackle that Yuki would have made.

Osasuna issued a statement and separated her from training. “In any case, and until the file opened today (yesterday) can be completely clarified, the player will not attend the team’s training sessions,” explained the club. The player maintains that her words were not exactly those contained in the minutes, that the incident did not occur after the match but during the match, and that it was clarified on the playing field itself, where Patricia Zugasti had the opportunity to talk with the local player and clarify what happened. “During these hours the club has also contacted the local player to find out her version and convey the club’s rejection of any racist behavior; as well as with those responsible for Real Oviedo ”.