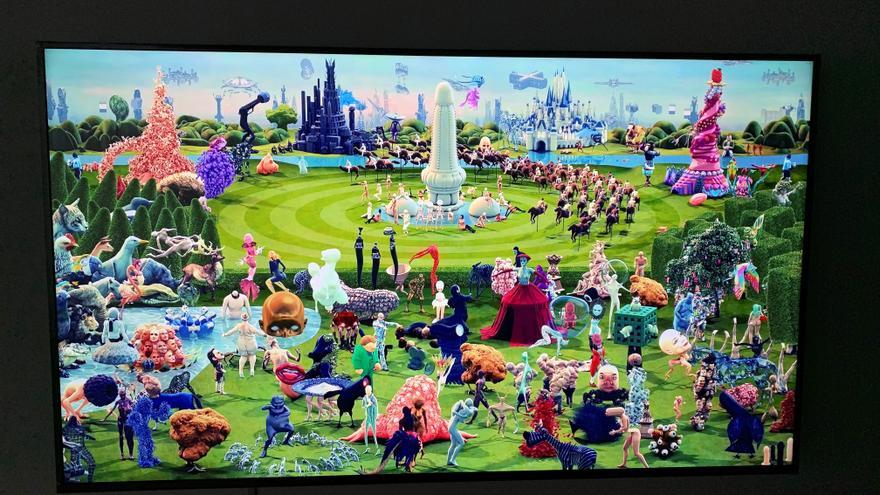 Seoul, Feb 25 (EFE) .- A pulsating version of “The Garden of Earthly Delights” by Bosco digitally animated in 3D by the Dutch collective SMACK under the prism of popular culture and the hyperconnectivity of contemporary society is exhibited from today in Seoul.

The work, titled Speculum and created with the support of the Solo Collection in Madrid and the Stedelijk Museum in Breda (Netherlands), will be held until February 13 at the Bahk Gallery in the South Korean capital.

Based on the famous triptych of the Flemish painter, it is made up of three monitors that recreate with digital animations the three parts of the painting (the Garden of Eden, the Garden of Earthly Delights and Hell) using the same composition, variegation and tone. dreamlike than Bosco (1450-1516).

In the same way as the author of the famous painting that can be seen in the Prado Museum in Madrid, SMACK has set every corner of the triptych of references, patents and hidden, to carnal desire, corruption or violence.

However, in Speculum countless references are also added, in the form of creatures in perpetual motion, to the contemporary neurosis generated by social networks, the destruction of the planet or the drama of immigration.

While in paradise science, technology and respect for the environment coexist as if it were an ideal theme park, in the central panel lust and the importance of the ego and of becoming a brand at any cost dominate.

Hell is a “projection of our deepest fears, where hashtags and surveillance cameras populate a landscape of endless torture,” according to the SMACK collective itself.

As part of the fifth centenary of the birth of Bosco, the Stedelijk Museum commissioned the work from SMACK in 2016, originally composed only of the central panel, that of the garden of earthly delights.

The other two side panels were created and completed in 2019 thanks to the support of the Solo collection.

Starting in October, SMACK’s work will be in the exhibition “The Garden of Delights, a journey through the works of the Solo Collection” at the Matadero in Madrid in which various artists linked to the collection such as Mario Klingemann, Miao Xiaochun or Cassie McQuater will review the fascinating and inexhaustible painting of El Bosco under their personal vision.