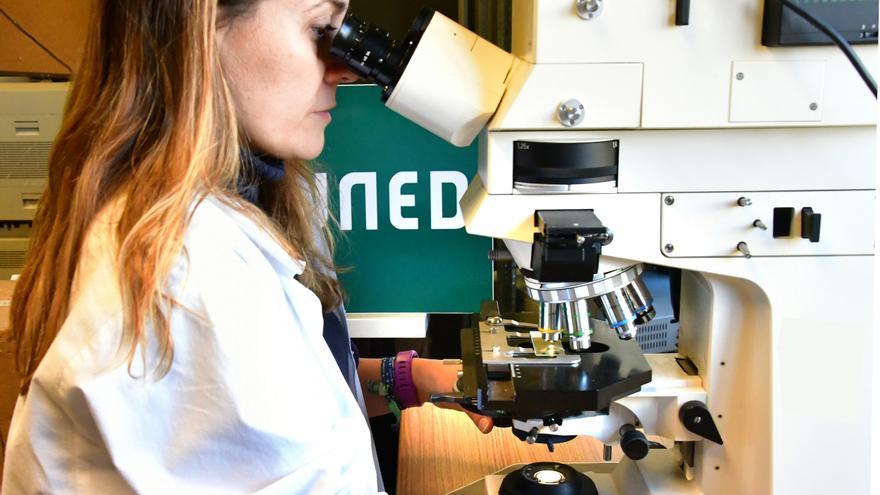 Eduardo Pérez Gorostegui, professor at the National University of Distance Education (UNED), has been acquitted by the Justice after it has been proven that he proposed the hiring of his two children as collaborators in several courses and that, in addition, he requested the payment of an invoice of almost 18,000 euros to his own company. The judges of the Madrid Court understand that his conduct is “reprehensible” but not a crime: he assures that everything was a “fiction” and what he was trying to do, in reality, was to circumvent the controls of the UNED and continue to receive what he charged for organizing these courses before the vigilance over spending was extreme.

Everything, according to the sentence to which elDiario.es has had access, occurred in the 2014/2015 academic year. Perez GorosteguiA professor linked to the UNED since 1990, he was then director of permanent training courses and was empowered to choose his collaborators and set their working conditions. In this context, he decided to authorize the hiring of his two sons as occasional teachers in the Payroll Management course and the masters in Business Administration and Human Resources Management that he directed.

None had training in any of those subjects. They were 19 and 20 years old respectively and one of them was in the first year of engineering. According to the professor, they had computer skills and for that he had required them: to adapt “the INTOP simulation model of the XP operating system to Windows 8”. On another occasion he also used his position and his power to order the payment of an invoice of 17,999 euros to a company, Eudigobea SL, controlled by himself. One euro below the legal limit to have to take it out to tender.

Among all the payments questioned by the researchers, the professor proposed payments of more than half a million euros to his own company and his two children, although the vast majority were not collected after the alarms went off in the control mechanisms of UNED itself. Now the Provincial Court of Madrid has decided to acquit him on the understanding that he did not incur in crimes of documentary falsification, prevarication or negotiations prohibited to officials.

According to the judges, it was all a mechanism to try to deceive the UNED and collect amounts similar to those it received before the university put up more effective methods of control over the UNED Foundation and its courses. What he did, according to the Madrid Court, was “to arbitrate a system to collect what he had been receiving in previous years” but not the crime attributed to him by the Prosecutor’s Office and the university itself represented by the State Bar. It was “reprehensible”, it violated the incompatibility regulations, but it was not a crime.

This professor in the UNED business organization area was brought to justice by the Public Prosecutor’s Office in the framework of a large-scale investigation into the diversion of public funds from the university by various professors. As revealed The confidential In 2018, the Prosecutor’s Office accused several civil law teachers of diverting the money they earned from the Foundation’s nursing courses: the final price far exceeded the initial budget and a large part of the difference went to teachers’ societies instead of to the UNED.

In the case of Eduardo Pérez, the conclusion reached by the judges is that he created “a fiction” with the hiring of his children and his own company to be able to circumvent the control mechanisms imposed that same year on the Foundation’s courses of the UNED. What he did, according to the ruling, was “to arbitrate a system to collect what he had been collecting in previous years”, before the General State Intervention (IGAE) warned about how many invoices and contracts related to these courses were always going to stop to the same companies.

The professor thus dodges the accusation that had been brought by both the Prosecutor’s Office and the UNED itself, represented by the State Lawyers’ Office. The Public Ministry had requested 3 years and 9 months in prison, 8 years of disqualification and a fine of 43,200 euros for a crime of prevarication and another one of documentary falsification. The UNED had requested a higher sentence of disqualification by adding to the list a crime of prohibited negotiations for public officials.

The judges tackle a complex argument to reject the three crimes. In the case of the alleged falsification of the invoice of 17,999 euros to his own company, the court explains that it is an electronic receipt and that they have not had access to the alleged invoice, never sent to the process. They also understand that there is no evidence that he did not respond to a job actually carried out by the professor even if he billed it through a company to pay less money to the Treasury.

Nor did he commit a crime of prevarication, according to the Court, by naming his own children as collaborators of courses and master’s degrees, nor in the authorizations to collect around half a million euros. Regarding the first, the judges establish that he incurred a cause of incompatibility when proposing the hiring of his own children but they reproach the lack of evidence as to whether he did so as “occasional teachers without being part of the teaching team.” There is also no evidence, says the court, that they actually did the review of the teaching material: “These are fictitious authorizations” even though they did help to effectively review the material.

The same goes for payments. They had the list of work carried out, their data and even the bank account to make the payment but for the court they were, in reality, “payment proposals, not an administrative decision-making act, but in any case, authorizations that logically were not real either, being fictitious as were the appointments of their children as collaborating personnel “. The same happens with the invoice of 17,999 euros.

The result is that, for the court, his conduct “is reprehensible, but not for the crimes of which he is accused” although it leaves the door open that “the facts could constitute another type of criminal offense.” This is the second time that the Madrid Court has sentenced and acquitted this professor, after the Superior Court of the Region forced a repeat of the first sentence because the accusation of documentary falsity was not also considered.

The sentence, as this newspaper has learned, has been appealed at least by the UNED through the State Attorney. The ruling also makes it clear that until the 2014/2015 academic year there was no effective control over these courses by the University Foundation and the management of their directors. According to the ruling, “internal control weaknesses in said activities” were detected, such as permanent training courses, projects with companies and institutions, and congresses, conferences and seminars.

Among others, it points to “lack of procedure manuals where it is clearly stated in writing of the operating rules and procedures for the management of the different activities” and points out that “in the justification of the expenses it is sufficient to present a form signed by the course director “. They are conclusions from an IGAE report contributed to the case. The Hearing concludes that “the system that had been used in the UNED Foundation, for the organization of courses, lacked control.”

UNED sources explain to this newspaper that as a result of the detection of these irregularities, the protocols and the entire system with this type of course were changed and its management passed to the university and not the Foundation, to deal with situations such as is. The case, in any case, has not yet been settled in firm: at least the UNED has appealed the acquittal before the Superior Court of Justice through the State Attorney.