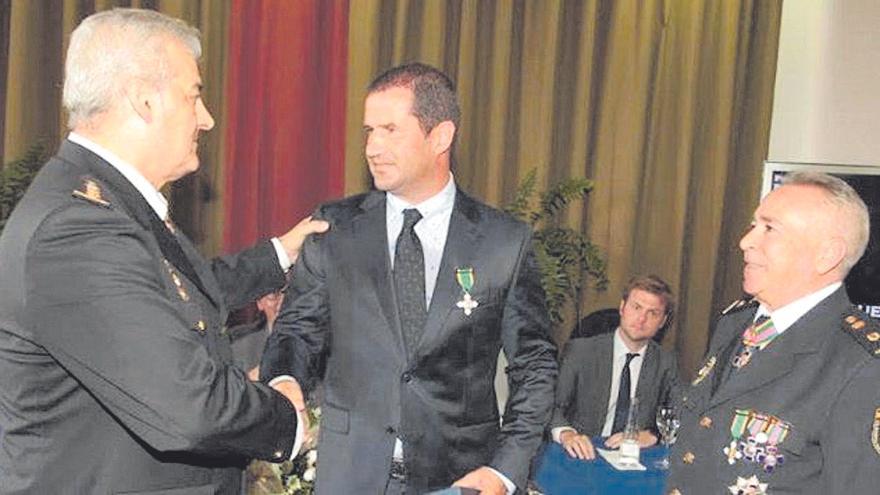 A party in a village the presence of the Civil Guard to take note of the high number of attendees and process possible administrative sanctions for violating the restrictions of the pandemic and, in the middle, a judge from Lanzarote. This is the summary of what happened on Thursday afternoon, although from there disparate opinions are mixed on whether the protagonist, Ricardo Fiestras, who was already caught in a similar meeting and was not reported, was enjoying the revelry, or was oblivious to everything in another corner of the property when the officials arrived.

“Could they have incurred an administrative infraction? Quite possibly. On the part of his honor there will be no problem in recognizing it and paying the corresponding fine, but adjusting the facts to the reality of what happened, not to the versions that are circulating ”. This is how sources close to the magistrate of the Court of Instruction 4 of Arrecife, Ricardo Fiestras, have responded to the controversy unleashed when he was discovered on Thursday by the Civil Guard at a party in a town of Yaiza, breaching the norm against Covid, according to La Voz from Lanzarote.

Meanwhile, the Civil Guard indicates that the agents are processing the administrative sanctions for this case, without clarifying in what position the person who is dedicated to administering justice remains.

As a result of this episode, which led to a sanction proposal by the Civil Guard, it has also been questioned whether the magistrate tried to make use of his position or if he had an inappropriate attitude with the agents, which they deny from his environment.

“Without any kind of arrogance, or lack of respect, or prevaluation of his position, and without initially identifying himself as a magistrate, he proceeded to identify the people who were in the house and the agent who was there asked him with all the kindness and with all the respect that was identified to know who he was, in case the thing later transcended to adults ”, they maintain.

According to them, the magistrate was staying with his partner in this chalet, within a tourist complex that is closed due to the health crisis. In addition, another couple of friends were staying in the same place. They were joined on Thursday by another adult and four children from the two couples. The latter, as detailed, are university students who had just arrived from Madrid.

A total of nine people came together, when the current regulations in Lanzarote – alert level 4-, only allow meetings of a maximum of two people if they are not living together. At that time, they recognize that they started having a pool party, drinking beer and playing music, which prompted a neighbor to call the Civil Guard.

According to the judge’s surroundings, when the agents arrived, he had retired to the living room, where he was watching TV with his partner. There, they affirm that when they saw several Civil Guard crews, some of the young people “got scared and went into hiding,” while another went to notify Ricardo Fiestras, “knowing he was a judge, to see if he could handle the situation ”.

Always according to this version of those affected, he then left the room and went to the porch and that was when, they say, he did not make his position as a judge prevail. The agent asked him, “kindly”, to identify himself, and he did.

Then, they report that a corporal identified himself as the person in charge of the proceedings, so the judge also asked him “please” for his agent number.

It was at that moment when they affirm that Ricardo Fiestras made reference to his status as a magistrate, but they maintain that he limited himself to asking: “Do you know that I am the investigating judge?” To this, they affirm that the response of the agents was: “Yes yes, we know you, Your Honor.”

In addition, they also emphasize that at the party there was no lawyer from the administration of Justice (what was previously known as a judicial secretary), as has been published. According to La Voz de Lanzarote, there was a lawyer, who is the judge’s partner, but not a judicial official.

After identifying all those present and taking a statement from them, the agents left, with this proposed sanction for an administrative offense. In this regard, from the judge’s environment they insist on ensuring that there was no attempt by the magistrate to obstruct the work of the Civil Guard.

The Government delegate in the Canary Islands, Anselmo Pestana, declared yesterday that he does not understand how people still today “continue to make those mistakes”, describing what happened in Lanzarote as incomprehensible, according to the Efe agency.