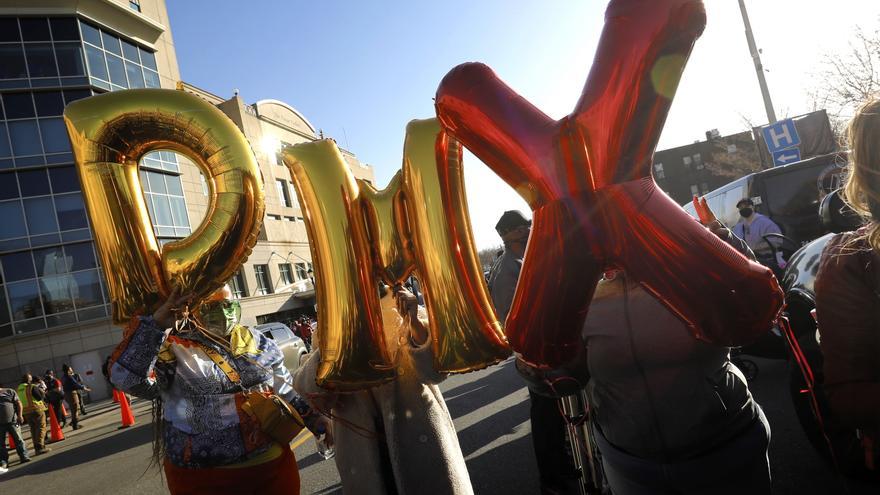 New York, May 10 (EFE) .- Several people close to rapper DMX, who died just over a month after suffering a heart attack, announced on Monday the publication of a new album on May 28, which he had completed shortly before his death.

The artist friend and producer Swizz Beatz said in a statement that the album, entitled “Exodus”, is made up entirely of new songs, and will be released by Ruff Ryders and Def Jam Recordings, a record company that released some of their biggest hits and hits. with whom he had signed a new contract in 2019.

“My brother X was one of the purest and most extraordinary souls I have ever met,” Swizz said in a statement.

“X couldn’t wait for his fans around the world to listen to this album and show how much he valued each and every person who had supported him unconditionally,” he added.

According to the announcement, several of the songs revolve around redemption on “Exodus,” the first album to be released by DMX with Def Jam in 18 years, with the last being “Grand Champ” in 2003.

Just a week before his death, a new single was released, “Been to War”, on which DMX collaborated with Swizz and French Montana, although it is unknown if that song is part of “Exodus”.

The 50-year-old artist, whose real name was Earl Simmons, died on April 9 in a hospital in the city of White Plains, in Westchester County, north of New York City, where he was admitted the night April 2 after suffering a heart attack.

DMX, who had 15 children, grew up in the New York neighborhood of Yonkers and had a drug problem for years.

His musical career developed in the 90s and also in the early 2000s, when he sold millions of copies of his first five albums, which debuted at number 1 on the Billboard, a record for that time.

His best-known singles include hits like ‘X’ Gon Give it To Ya ‘, with more than 416 million views on Spotify despite being a single released in 2003,’ Party Up (Up in Here) ‘and’ Where the Hood At ‘.