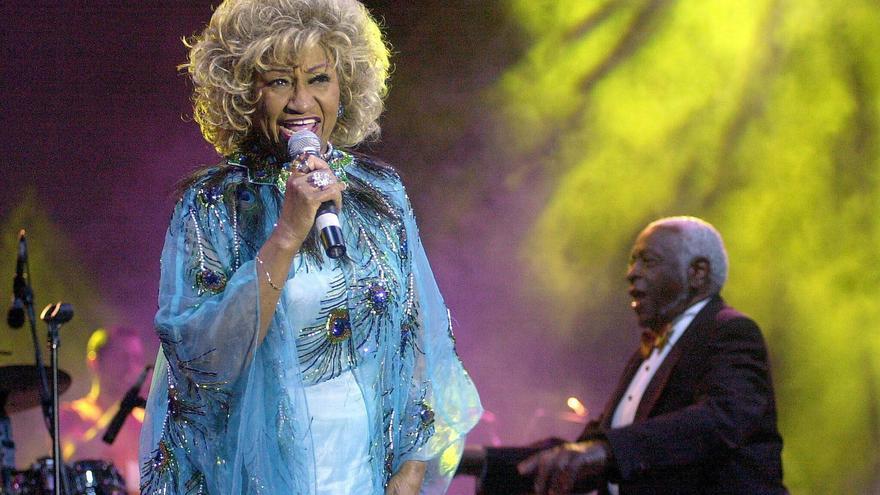 Madrid, Jul 15 (EFE) .- Celia Cruz was a woman, black and poor, three obstacles for an interpreter from Cuba in the mid-twentieth century that did not prevent her from becoming the great female figure of salsa in the world, a path forged in his native country despite the “official gaps”, as claimed by a biography about to come out.

For its author, the philologist specialized in Cuban music Rosa Marquetti, the reasons for writing it were clear: “There were big gaps in the way she spoke of her relationship with Cuba and, at the same time, in official history. For many reasons that are revealed in the book, Celia avoided talking about those years, but they are the most important, because that was where it was made. ”

Titled “Celia in Cuba: 1925-1962”, it follows a chronological development year by year to see how her career grows and her presence expands to other countries since her youth as a teacher student, “one of the few careers in which a A poor black man could study in Cuba “, highlights the author, also Cuban and of African descent.

“I feel an extraordinary empathy for her as a singer and as a woman. If you look at what she achieved, where she came from and where she came from, you can’t do anything but admire her,” he highlights, before verbalizing the other great reason for composing this account: “It bothered me that all those who had written about Celia Cruz were men and not Cubans, so this look is different.”

Because for Marquetti, who highlights how the role played by the artist’s mother and especially her aunt, this story is also “the struggle of black Afro-descendant families in Cuba from poverty for their children to validate their talent and find a path of social recognition”.

The author has ignored anecdotes in favor of facts and has found them in the “rich and varied press” that existed before the Cuban revolution, as well as in first-hand testimonies, that is, people who knew her at that time, such as Irma Peñalver, who became his dressmaker, or Santiago Alfonso, a prestigious choreographer who has defended the cabaret in the performing arts in Cuba, the space in which Cruz began to mold himself.

“All those who knew her agree on her character. They talk about her simplicity, her determination and discipline. She was very clear about her objectives,” she summarizes about this icon who died on July 16, 2003.

He has also been able to go to two essential documentary archives, the Celia Cruz Legacy Project based in Miami, which sent him an infinity of documents (passports, correspondence with managers, with the president of the label for which he was recording …), and the largest collection of Afro-Latin music from the world, which is in El Escorial (Madrid), Gladys Palmera’s music library in Madrid.

There are practically all the albums that Celia Cruz recorded, even the greatest rarities, such as those that together with Merceditas Valdés prove that she was the first to record Yoruba music in the world.

“It was not yet famous or known, but when you listen to it your hairs stand on end”, she points out, before locating the place of Celia Cruz in music: “It was the highest point of a trajectory of Afro-Cuban women that began at the beginning of the 20th century, with María Teresa Vera, Rita Montaner or Paulina Álvarez, her great reference. But she was the one who managed to internationalize that. ”

For Marquetti it is essential that the three generations that in Cuba did not know his history do so. “Officially it is censored, although I have not been able to find a document that proves it but that is known,” says Marquetti, who currently resides in Madrid.

He attributes it to his “position contrary to the Cuban government.” “And it was the thing that suffered the most, because she never understood it: she left town and sang to the people; when she left there, she assumed she had to defend Cuba wherever she went,” the writer highlights.

According to Marquetti, Celia Cruz left Cuba on July 15, 1960 “without knowing that she will not return.” “What happened from then until 1962, when his mother died, it seemed very important to include it in the book”, he explains about the last pages of his work, a time of uncertainty, of much correspondence with the island, until his first great triumph in USA and, from there, to international glory. But that will be another book.