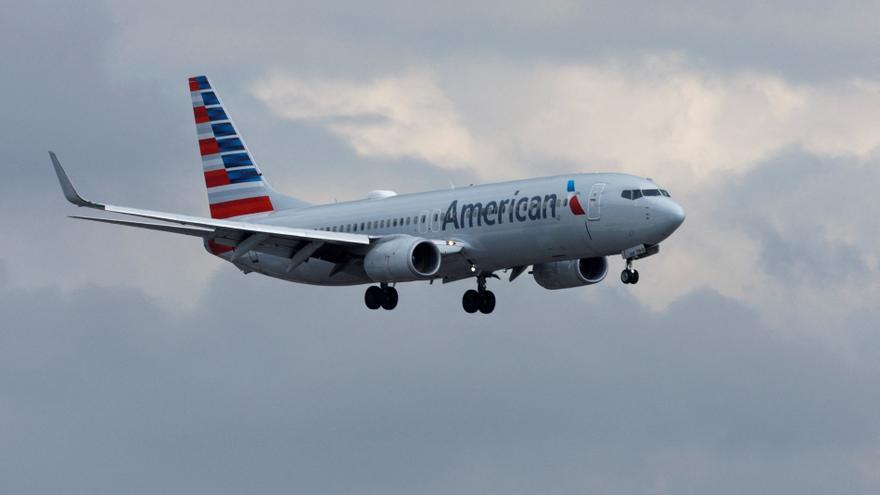 Flight AAL38 had been flying over the Atlantic for an hour and had covered about 800 kilometers of journey when, at the height of North Carolina, it had to turn and go to the South Florida airfield (USA), as stated on the specialized website FlightAware. American Airlines stated that the Boeing 777, which was carrying 129 passengers, had to be diverted due to "a rowdy customer who refused to comply with the federal requirement to wear the mask."

Upon arrival of the flight at the Miami terminal police officers were waiting, although it has not been reported whether the passenger was arrested.

The fact is the latest in a long list of incidents and disputes carried out by passengers as a result of the federal mandate to wear masks during flights. According to the Federal Aviation Administration (FAA), in 2021 a total of 4,290 incidents related to masks and so far this year, 92 cases have been recorded until January 18.

Among the most notable cases is that of a 20-year-old man who was arrested after punching a flight attendant in the nose during an American flight from New York to California, an event that was described by the airline's management as "one of the worst displays of rowdy behavior we have ever witnessed".

The protocols against covid-19 taxes during flights to combat the spread of the pandemic has led to an increase in incidents and violent acts on aircraft, according to sector entities. In 2021, the FAA received a total 5,981 U.S. airline reports of unruly passengers, of which more than 1,081, that is, 183 more than in 2020, deserved an investigation that led to 350 legal actions.