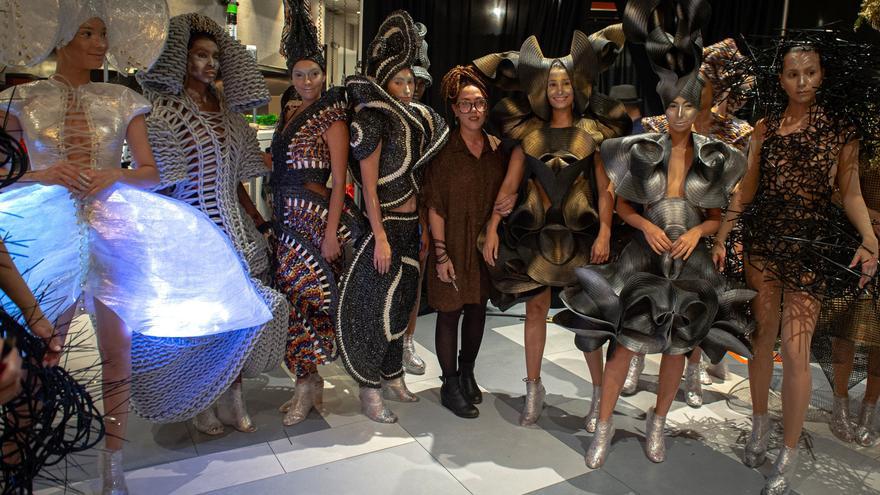 Miami, Jun 3 (EFE) .- A parade of "wearable installations" created by Cuban Celia Ledón with unusual materials officially dismissed The Legacy exhibition, which for six months brought together a score of monumental works by Spanish plastic artist Manolo Valdés in spaces public of Doral, a city near Miami.

Ledón presented on an open-air catwalk his theatrical pieces between fashion, scenography and sculpture inspired by Valdés, one of the most internationally recognized living Spanish artists, in an event organized by the Doral Museum of Contemporary Art (Dorcam ).

Meninas in costumes made of multiple layers of clear plastic, straw hats, packaging or construction materials, cables or sorbets (straws) for soft drinks paraded to the rhythm of Latin jazz, R&B, funk and Cuban music songs performed by a band Directed by Cuban composer and percussionist Yissy García.

Between shows of the models that wore Ledón's "wearable installations", dancers, circus artists and even a piper performed in Doral City Place, under the direction of Antonio Drija, who for 15 years worked in Zumanity, the stage by Cirque du Soleil in Las Vegas (USA).

Among the well-known figures who applauded the show were the Venezuelan singer José Luis Rodríguez "El Puma" and the mayor of Doral, Juan Carlos Bermúdez.

Ledón, who lives in Cuba and graduated in industrial design in Havana, says that in his works he pours his ideas on recycling, reuse and "decontextualization" of objects and elements of everyday life.

The artist, fashion designer and director of art and film costumes, who has 13 films to her credit, including "Yuli", by the Spanish Iciar Bollaín and with the dancer Carlos Acosta as the protagonist, has exhibited her pieces in various countries of the world.