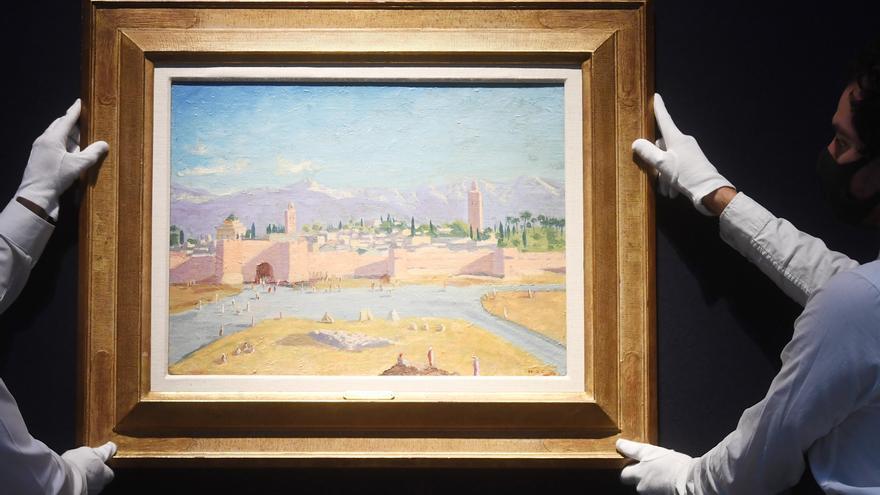 London, Mar 1 (EFE) .- The Christie's auction house in London will sell a painting to the highest bidder on Monday, in the possession of actress Angelina Jolie, which former British Prime Minister Winston Churchill painted as a gift for the former president of the United States. States Franklin D. Roosevelt.

The landscape work, with a starting price of between 1.7 million and 2.8 million euros, is of special value as it is the only painting that the 'premier' completed during World War II.

The painting portrays a sunset bathing the Koutoubia Mosque, one of the most emblematic landscapes of Marrakech, which was visited by Churchill and Roosevelt at the conclusion of the Casablanca Conference in 1943.

After the event, the British leader wanted to show his American counterpart the views of the mosque, with the snowy Atlas Mountains as a backdrop, and the scene so impressed Roosevelt that the prime minister decided to immortalize it as a souvenir.

After the death of the American president, the painting passed through several owners for decades until it fell into the hands of the couple that previously formed Angelina Jolie and Brad Pitt.

Now, the Jolie Family Collection will sell the work on Monday, titled "Tower of the Koutoubia Mosque", as part of a British art auction at Christie's that will also feature two other Churchill paintings. .