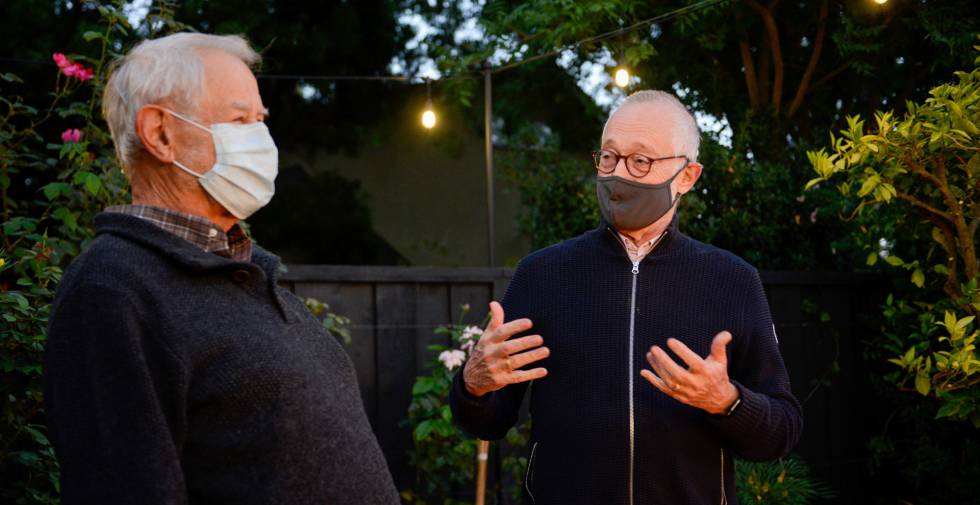 Very early yesterday at Stanford, Robert Wilson knocked on the door of his friend Paul Milgrom, and gave him the great news: they had been awarded the Nobel Prize in Economics. The award recognizes an entire career, but specifically mentions his studies on the operation of auctions and his contributions to new market and auction designs for the benefit of sellers, buyers and taxpayers. Years before, these works had already earned them the separate BBVA Foundation Frontiers of Knowledge Award.

To understand the scope of your work, it is essential to understand what an auction is and its significance. Traditionally, auctions are known to be mechanisms for selling art and collectibles; an allocation method where the price increases until a single buyer remains. However, the auction concept goes much further, and encompasses a wide set of mechanisms in which rules and strategies are complicated to arrive at complex market designs, but potentially very efficient when setting prices associated with an allocation of goods. The design of auctions is intrinsically linked to a fundamental field of mathematics: game theory, which uses models that serve to analyze strategies and behaviors in a wide range of problems in various application areas, among which auctions stand out. .

The possible strategies and incentives will depend on the auction designs and will condition its operation. For example, if a government wants to award multiple related but different building licenses, would it be better to auction them all at once or sequentially? And from the buyer’s point of view, is it better to win the first lot, or wait to bid on a partial or final combination? If the objective is to award licenses for the use of radioelectric space for telecommunications companies, is an auction with a single closed envelope bid better or to hold an open auction in which all participants can see the evolution? These and many other questions are those that must be addressed and designed specifically for each market, and that currently can only be addressed using complex computational models. But auction theory also has applications in the labor market, contracts, industrial and organizational economics, finance, and even at the environmental level (CO2 emissions).

And it should be noted that, in this case, the work of the winners is not only theoretical, but has had a broad impact due to its application in markets and the real economy. For example, Professor Milgrom’s work has changed the lives of consumers around the world. Every time you use a mobile phone, the bandwidth used to transmit the information, as if it were invisible highways in the sky, has been organized, and allocated, through mechanisms designed by Milgrom. Access rights to that bandwidth are sold worldwide in radio spectrum auctions with the mechanisms that began in 1993, when Milgrom entered a meeting at the Federal Communications Commission with a floppy disk in hand containing the design of the simultaneous multi-round auction encoded with an activity rule that he himself had invented. Based on this proof of concept, what was once believed impossible – the simultaneous competitive sale of many geographic spectrum licenses – has since become standard practice, with hundreds of billions of dollars raised around the world. This is how Milgrom and Wilson invented new formats to auction many interrelated goods simultaneously, in the name of a seller motivated to expand social benefit rather than solely to maximize revenue.

In 1994, the US authorities used one of their auction formats for the first time to sell radio frequencies to telecommunications operators. Its operation was a historical record of 7,000 million dollars and the practical demonstration that game theory was useful in making strategic decisions. Since then, many other countries have followed suit to this day with the 5G spectrum auction, among others.

Robert Wilson has made great contributions in the field of microeconomics and, in particular, in market architecture. One of his most emblematic works, together with David Kreps, was to develop in 1982 the concept of sequential equilibrium to analyze the effects of asymmetric information in dynamic environments, in which the beliefs that each player has about the private information of the players are updated. agents thus being able to modify the balance. This equilibrium concept is used in many fields, for example in industrial organization (price wars) or labor economics (negotiations and strike processes). Another of his most important contributions was the concept of reputation. The fundamental idea is that economic agents use the past strategies of the rest of the agents in order to infer their private valuations and predict their possible future decisions.

On a personal level, we will never forget when Milgrom appeared in the Stanford cafeteria, interested in meeting some young Spanish researchers who he had given the opportunity to work with. Since then, we have built a solid professional relationship, and what is much more rewarding, an enriching friendship relationship.