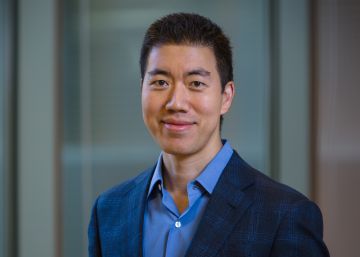 To the Californian chemist David Liu he was banned from entering the casino at the MGM Grand hotel in Las Vegas, when he was 29 years old. He won too much money betting on the blackjack table, the card game in which you have to add a score as close to 21, but without going over. He succeeded using “simple math,” he said at the time. In an interview with the magazine of his university, that of Harvard, in the USA. Today, Liu is one of the best scientists on the planet. And he has just discovered a new technique to modify the genetic information of living beings with unprecedented precision.

Human cells have their instruction manual written with four letters (ATTGCTGAA …) in two meters of DNA folded in an amazing way. Genetic editing tools, such as technique CRISPR which has revolutionized laboratories since 2012, they are able to search for a specific sequence of letters and cut it specifically with a kind of molecular scissors, inserting new information as if it were a word processor. The problem is that, often, the operation fails and unwanted mutations are generated. As a result, most of the 75,000 human genetic variants associated with diseases cannot currently be corrected in the laboratory, according to calculations by Liu's team. Their method, they claim, can repair 89%.

"It is a disruptive proposal that will force us to review the therapeutic possibilities of genetic editing," says geneticist Lluís Montoliu

The technique, baptized prime editing ("Quality edition"), is "elegant and fascinating", in the words of the geneticist Lluís Montoliu, from the National Biotechnology Center, in Madrid. "We are facing a disruptive proposal, something new, that did not exist and will force us to review the therapeutic possibilities derived from genetic editing," he celebrates. Liu's team publishes today in the magazine Nature The results of 175 experiments on human cells in the laboratory, including the correction of the genetic causes of disorders such as sickle cell anemia and Tay-Sachs disease.

In a cell, the instructions contained in the DNA are translated into another language, RNA, as an intermediate step to direct the manufacture of proteins, for example the hemoglobin that carries oxygen in the blood or the antibodies that defend the organism from the attack of Virus and bacteria. In the usual CRISPR technique, scientists design an RNA molecule complementary to the DNA sequence they want to edit and add a Cas9 protein, which acts like scissors. This molecular machine is able to find the desired stretch of DNA and cut it, adding if necessary another DNA fragment with new information synthesized by scientists.

David Liu's strategy is different. The Californian, as Montoliu explains, has made up "A new chimeric protein", which uses a variant of Cas9 scissors capable of cutting only one of the two chains that form the characteristic double helix of DNA, thus avoiding unwanted mutations.

To direct his molecular machine to a specific place in the genome, Liu uses an RNA guide and “nothing less than a reverse transcriptase, a protein that viruses primarily use to copy their RNA into DNA, reversing the canonical flow of genetic information, that part of the DNA and is copied to RNA, to end up becoming a protein ”, details Montoliu. "The RNA guide in this case extends and has a new, longer end, which is used as a template by the reverse transcriptase to copy new DNA with the correct sequence, with the corrected mutation," adds the researcher. He prime editing write new genetic information directly into the genome.

“Much more research is needed in a wide variety of cell types and organisms to better understand the prime editing and perfect it ”, recognizes Liu's team in its publication in the magazine Nature. Montoliu is also cautious, waiting for other laboratories in the world to test the new tool. "That will be the test of the nine that will tell us if this innovative procedure to edit genomes is going to have possibilities and therapeutic route or if it is going to stay as one of the dozens of proposals with alternative variants of CRISPR that we know every week," ditch .

Last year they were born in China the first two babies whose genome was modified to be immune to the AIDS virus. This progress made by the controversial scientist He Jiankui was received with alarm by the scientific community because the CRISPR genetic editing technique is not yet perfect and can generate unwanted mutations in other parts of the genome. Liu's team has demonstrated in laboratory cell lines that the prime editing It generates fewer editing errors in the places to which it is addressed, although it has not analyzed if there are errors out of place, warns Hilary Sheppard, molecular biologist at the University of Auckland (Australia) in opinions collected by Science Media Center. "This is a fascinating development that could solve some of the current problems of genetic editing, although there is still time to prove that it can correct errors in the type of cells expected and in clinical contexts," explains the researcher.