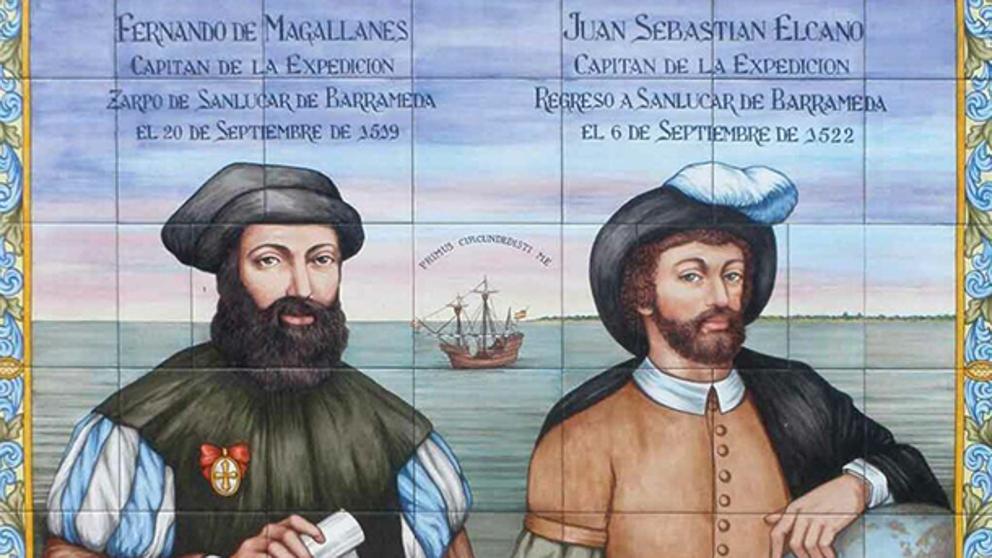 A document translated for the first time into Spanish shows that Juan Sebastian Elcano He imposed his criteria to decide the route with which he went around the world, over the course defended by two of his trusted men, the Greek pilot Francisco de Albo and the master Miguel de Rodas.

One of the translators of the document, Tomás Mazón, author of the website www.rutaelcano.com, explained that Elcano, “without bad vibes” with his officers, made his criteria prevail because he understood the cycle of the monsoon winds, which did not they were favorable to the route defended by Albo and Rhodes by Malacca, the current Malaysia, and that belonged to Portugal, which in the end was “decisive”.

Elcano also ruled out returning to Spain bordering Portuguese territories because he was afraid of being arrested, added Mazón, who translated the document together with Braulio Vázquez Campos, from the General Archive of the Indies of Seville, and Cristóbal Bernal Chacón, expert in paleography and in the history of the expedition. "From now on, the history of the expedition cannot be told without having this document in mind", which includes the interrogation of the Portuguese to two Spaniards who had hidden in the jungle, Mazón recalled.

From now on, the history of the expedition cannot be told without having this document in mind ”


The grumete Martín de Ayamonte, one of those arrested by the Portuguese, hid because he wanted to return to Spain with another of the ships of the expedition, the "Trinidad", who tried to do it without success in the east, and for fear of being shipwrecked in the navigation through the west planned by the Elcano.

In addition to the route decided by Elcano, the document confirms other data of the expedition: that Fernando Magallanes had a relative embarked called Martín de Magallanes and that the captain general knew of the existence of a Portuguese army that was going to India, which is why “maybe” they waited 41 days in Sanlúcar de Barrameda (Cádiz).

It also reveals for the first time the breakdown suffered by the "Trinity": "The broken keel and a large hole next to the keel"; and the origin of two of the captains of the five ships that sailed since Seville 500 years ago: Juan Serrano, from Fregenal de la Sierra (Badajoz), and Juan de Cartagena, “knight of Burgos”. In addition, it is confirmed that Nao Victoria, captained by Elcano, when he left for Spain from Timor, and with half the world ahead, needed to give "the pump (bilge) twelve times a day and twelve times a night."


The document has gone unnoticed for historiography so far as the "indispensable source", which is considered a "mystery"

The document is called “Auto of the questions that were asked of two Spaniards who arrived at the fortress of Malaca from Timor in the company of Álvaro Juzarte, captain of a reed”, which Mazón located online at the Torre do Tombo National Archives ( Lisbon) when looking for information from Magellan.

The text was discovered and transcribed in 1933 by the Portuguese historian António Baião, and also later by Neves Águas in 1986, although it has gone unnoticed for historiography until now as the “indispensable source that is”, what Mazón, an engineer by profession and passionate about history, considered a "mystery." Until now, it was known from the “Relationship of the Deceased” that on February 5, 1522, the “Martín de Ayamonte” rocket and the Bartolome de Saldaña gunman, on the island of Timor, fled from the nao Victoria “without being felt”.

However, the translated document says that both, a short time later, were found there by a Portuguese ship and transferred to the fortress of Malacca (now Malaysia), where Martin de Ayamonte was questioned about how he had reached Timor. His testimony, taken on June 1, 1522, was written in Portuguese by a scribe, and ended up later in Lisbon.

“The master and the pilot, who were Greek, wanted to come by Malacca, and the captain, who was a Biscayan (synonymous with Basque), did not want to, and his intention was, according to Martin, to go to the Maldives to correct (fix) their nao, and from there they would go their way to those parts. And more does not say, ”concludes the document.

The workers revolt that hid the bubble of 92 | Culture