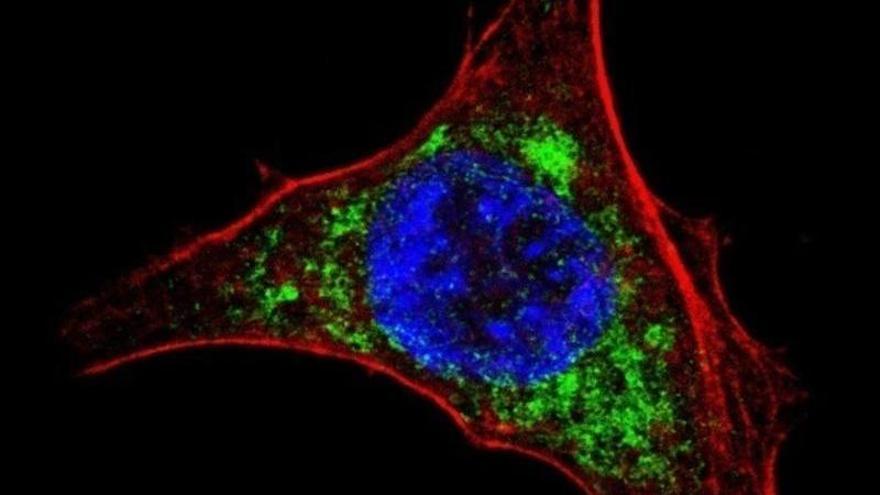 A team co-led by CSIC researchers has identified a natural molecule present in human cells that inhibits the replication of the hepatitis C virus, which is widespread throughout the world and is one of the main causes of liver cancer. It is the nucleoside guanosine which, when present inside cells, causes a chain reaction that alters the virus's replication machinery and thus prevents it from spreading. The results, published in the journal Plos Pathogenslead to the question whether other common compounds in human metabolism could also have the potential to alter the course of viral infections, the CSIC points out in a press release.

"Guanosine is a substance that we all produce naturally and that is involved in a multitude of vital processes," says researcher Esteban Domingo, a virologist at the CSIC and co-director of the study together with doctors Antonio Mas and Celia Perales, who have led a team made up of research groups from the University of Castilla La Mancha, the Fundación Jiménez Díaz and the CSIC. "In this study we have shown that guanosine can drastically alter the course of an infection by the hepatitis C virus", adds Domingo, who together with Perales is part of the Center for Biomedical Research Network (CIBER) of Liver and Digestive Diseases .

"The guanosine molecule is a modified product of guanine, one of the four bases that, in the form of derivatives called nucleotides, form the links of the genetic material of all living beings, including viruses," explains Domingo.

There are an estimated 58 million people in the world with chronic hepatitis C virus infection with about 1.5 million new infections each year. The World Health Organization (WHO) has calculated that In 2019, about 290,000 people died from this diseaseespecially cirrhosis and hepatocellular carcinoma (primary liver cancer).

Guanine and its derivatives are extraordinarily abundant in nature and have sometimes unsuspected roles. One example is the presence of guanine in fish scales, which contributes to the ability of these aquatic vertebrates to reflect light. "Guanosine and its modified products with phosphate molecules (called nucleotides) have multiple functions in metabolism, but an antiviral activity was difficult to suspect," says Domingo.

The three research groups have shown that the presence of guanosine alters the levels of other nucleotides inside the cells, in such a way that the hepatitis C virus multiplication machinery makes very peculiar errors that give rise to the formation of defective copies of the virus. "What the machinery does is jump more than it should, apparently randomly and produce genomic products of the virus that are missing pieces of genetic material," the researcher details.

The researchers who collaborated on this study were used to seeing viruses make mistakes (called mutations), but what they saw with the hepatitis C virus was surprising. They revealed it by combining analyzes of the virus populations that grew in the presence or absence of guanosine and by observing the behavior of the polymerase enzyme (which carries out virus replication) in the test tube.

In addition to proving that a natural metabolite can help stop a virus, the results have revealed a mechanism for the production of defective viruses. These forms of virus coexist with their infectious partners and although their biological effects are beginning to be known, little is known about how they are produced. The work that has just been published offers an interpretation of its origin and opens the way for new research.

The effect of guanosine is very clear for the hepatitis C virus but, interestingly, it did not alter the multiplication of other viruses tested by these researchers, which raises the question of what the hepatitis C virus will have to cause this unusual influence. The results invite the question whether other common compounds in human metabolism could also alter the course of viral infections.

In fact, several unnatural nucleotide derivatives are already being used as antiviral agents, including the treatment of covid-19. The possibility that its activity could be reinforced with the administration of natural compounds of the human metabolism is glimpsed.