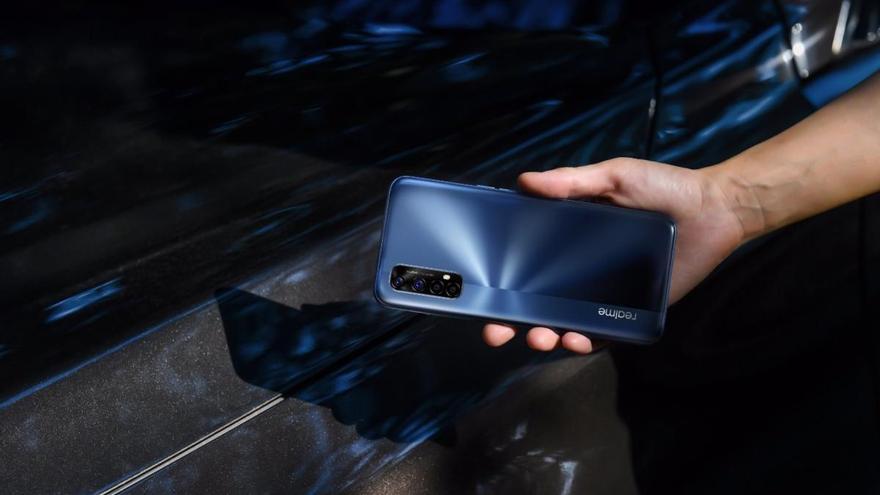 The company Realme, which was crowned as the manufacturer of the mobile sector that grew the fastest in the world in 2019, launches this Wednesday in Spain its new realme 7, a ‘smartphone’ with which it intends to offer its users a ‘gaming’ mobile, with enough power and battery to get the most out of video games, for less than 200 euros.

The Chinese brand, with presence in 59 markets in Europe and Asia, has become the fifth most important smartphone company in Spain and wants to continue growing in the country by approaching this important audience. “At realme we strive to bring our philosophy and the best quality to younger technology consumers,” said Madhav Sheth, vice president and CEO of realme Europe and India.

The new realme 7 is equipped with the world’s first gaming processor, the MediaTek Helio G95, which has allowed it to obtain very good results (reaching 300,000 points) in the AnTuTu benchmark, one of the benchmarks par excellence, which measures the power and performance of different mobiles.

Likewise, the terminal has a 6.5 inch ‘Ultra Smooth’ panel with a refresh rate of 90 hertz (Hz), a ‘punch hole’ camera and a screen ratio of 90.5 percent, which makes it an ideal device for the most ‘gamers’ users. At the security level, the device has a fingerprint sensor on the side, integrating fingerprint recognition on the edge of the device.

This experience is completed with a powerful battery 5,000 mAh, that guarantees practically a day of use with a single charge. In addition, thanks to its 30W Dart Charge system, it charges to 50 percent in just 26 minutes. This technology combines low voltage and high voltage to offer a safer and more efficient charge, as the company explains.

In the photographic section the realme 7 is equipped with 48MP AI Quad rear quad camera, 16MP ‘selfie’ camera and a new pack of filters for night photography, which are supported by software to improve the different scenes.

Another important section is that of the mobile resistance. The realme 7 series is the first to pass the reliability verification of TüV Rheinland smartphones, a certificate obtained after 23 main tests and 38 secondary tests, which verify its performance in three aspects: daily use, use in conditions extremes and component reliability.

Xiaomi overtakes Apple in the sale of smartphones

Spotify joins the trend and tests its new Stories