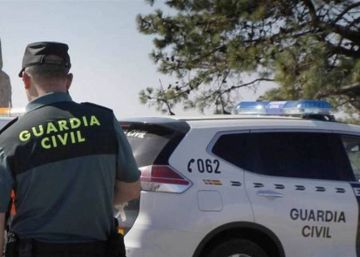 A young minor has been arrested in Foz (Lugo) at the edge of half past noon on Monday by Civil Guard agents as alleged responsible for the death of his mother, as confirmed by research sources.

The corpse of the woman, 36 years old and of Spanish nationality although Brazilian origin, was found at ten in the morning in the house she shared with her son, 17 years old. His death came from a knife, sources close to the case report.

The Civil Guard has found the body with signs of violence at ten in the morning, but the first investigations suggest that the woman died at dawn. Mother and son resided in the same house in the town center of this municipality of A Mariña de Lugo, in the north of the province, where the events allegedly occurred.

The mayor of Foz, Francisco Cajoto, has described as "horrible" the parricide but has wanted to send a message of "tranquility". The investigations directed by the Civil Guard, the councilor has informed, remain open. "We are facing a horrendous crime, execrable and we are all dismayed, it is indescribable," said Cajoto, who has simply pointed out that the case of domestic violence has hit a "known" family in this town of Lucía living in the town urban: "Here in Foz we all know each other. I just received the news and I'm still shocked."