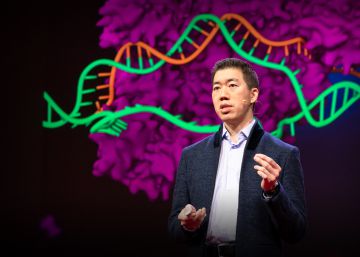 There are 7,000 rare diseases which, together, affect 300 million people. That is 4% of the world's population, and therefore a public health problem. But, as the name implies, each rare disease affects so few people that it is very difficult to find public or private funding to investigate the treatment of each. Each rare disease is a world, one affects the liver and another affects the brain, one to the skin and the other to the blood, each with completely unique and complex mechanisms. Of the rarest disease of all (ribose-5-phosphate isomerase deficiency) only three cases have been diagnosed in the world. It is almost impossible to get resources to investigate in these conditions.

But there is a method in the madness of 7,000 rare diseases. Almost all of them are genetic. Moreover, they are monogenetic, due to the mutation of a single gene. In the current state of biomedical research, the great hope of addressing rare diseases as a whole is the genetic edition. When one knows how to correct the Tay-Sachs disease gene, one will also know how to correct sickle cell anemia and even ribose-5-phosphate isomerase deficiency, of which there are only three cases diagnosed in the world. Genetic repair is the common factor that can help the hundreds of millions of people who have had the bad luck of being born with a rare disease. Hence the importance of the research we know today.

Of the rarest disease of all (ribose-5-phosphate isomerase deficiency) only three cases have been diagnosed in the world. It is almost impossible to get resources to investigate in these conditions

We have been talking about CRISPR for some time, the genomic editing technique that has revolutionized laboratories in recent years. But, like any breakthrough breakthrough, CRISPR is brewing offshoots so effective that they will end up eating their mother. CRISPR has been the first technique that has made the genomic edition available to any laboratory that works in any living being, but its application to the treatment of human disease is being hampered by a dilemma: or you resign yourself to a low efficiency in the Correction of a gene, or increase it and expose yourself to alter other genes that have nothing to do with the rare disease in question. These collateral damages are called in the technical literature off-target, outside the target, and have been revealed as a serious obstacle to the application of genomic editing to rare diseases.

The work of David Liu and his colleagues at the Broad Institute It has solved most of these technical problems, and therefore raises the hope of addressing most rare diseases by a single genomic editing method. None of this will arrive from Tuesday to Thursday. People suffering from rare diseases right now should keep a cool head, without conceiving false hopes. But the advancement of biomedical research only confirms that genetic editing is the great path towards the treatment of these diseases. What is caused by an erroneous gene, can be palliated by the correct gene. It has logic, and you can expect it to have a tour