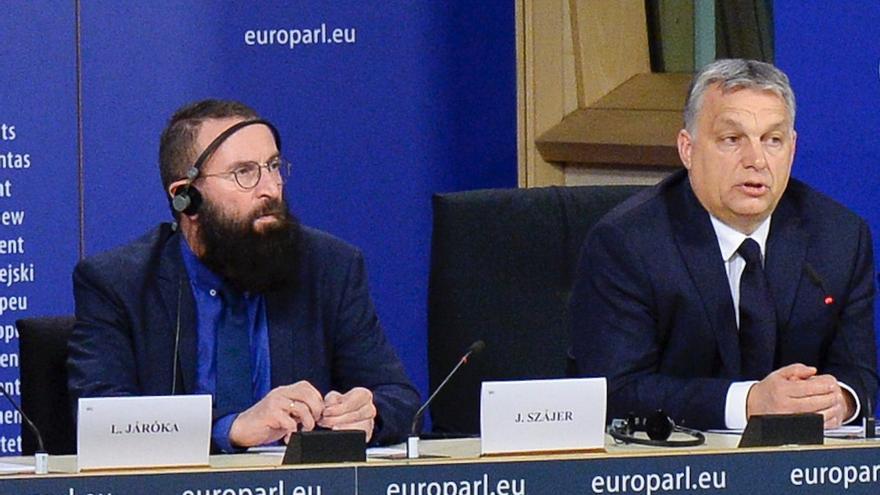 “The Belgian media have reported on a private party in Brussels on Friday. I was present”, explains Szajer, former vice president of the popular Europeans in the European Parliament in a statement: “After the police asked me about my identity, as I had no identification, I declared that I was a Member of the European Parliament. The police continued the process and finally issued an official verbal warning and drove me home.”

“I did not take drugs,” says the former Hungarian MEP: “I offered to the police to do a test, but they did not. According to the police, they found ecstasy pill, but it is not mine, I have no knowledge of who and how. led. I deeply regret having violated the COVID restrictions, it was irresponsible on my part. I am willing to pay what corresponds. With my resignation on Sunday I assumed the political and personal consequences. ” Of course, when he resigned on Sunday he claimed “fatigue”, he said nothing about the party.

Szajer concludes: “I apologize to my family, my colleagues, my voters. I ask you to evaluate my mistake in the context of 30 years of hard and dedicated work. The misstep is strictly personal, I am solely responsible for I ask everyone not to extend it to my country, or to my political community. ”

According to the NHL, the party was also attended by “several diplomats” and the MEP, who “allegedly tried to flee through the roof gutter, but the police were able to catch him.” Agents also found drugs at the scene, according to the same outlet.

Fidesz is openly opposed to equal rights for LGTB people, and the Hungarian government made it impossible in May to transpose gender changes into official documents. At the same time, it seeks to prohibit adoption for homosexual couples.

Szajer himself, according to Hungarian media“Not only is he a close ally of Prime Minister Orbán, he personally rewrote the Hungarian constitution to include the following line: ‘Hungary will protect the institution of marriage as the union of a man and a woman.”