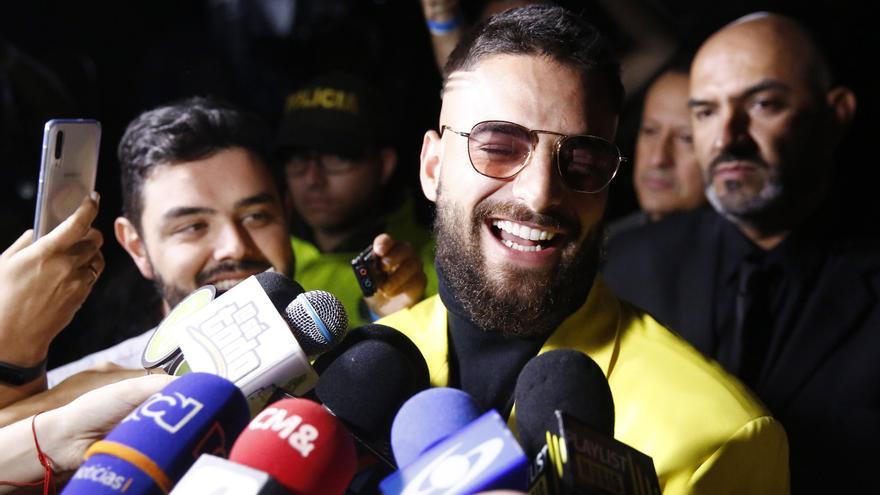 Miami, Feb 2 (EFE) .- Miami police agents suspended a street meeting with Colombian singer Maluma this Tuesday, after hundreds of followers crowded to take a photo with the artist, raping the rules of social distancing by covid-19.

Hundreds of fans flocked to the popular bohemian neighborhood of Wynwood in hopes of meeting the Colombian superstar, but police closed the event due to violation of emergency orders established by the pandemic, NBC News Channel 6 reported.

The singer’s followers headed to Wynwood shortly after the singer announced on Instagram that he would make an appearance there, the television channel detailed.

In images offered by this medium, Maluma was seen aboard an off-road car with a sliding roof standing up to his supporters, who cheered and surrounded him with their mobile phones in hand to take photos of him.

All this led the police to suspend this street meeting.

One of the large murals in the Wynwood neighborhood is dedicated to Maluma with his face in full color, so some of his followers, not getting a photo with the artist, used the background mural to take selfies.

The artist celebrated his birthday last Thursday in Miami with the release of a surprise mini-disc titled “# 7DJ (7 days in Jamaica)”, accompanied by a short film filmed on the Caribbean island.

The album “# 7DJ” has two collaborations with reggae greats: Ziggy Marley and Charly Black. The music was recorded live by Jamaican artists in charge of trumpets, saxophone, bass and percussion.