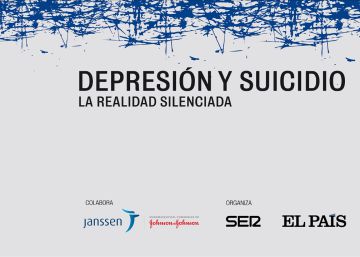 EL PAÍS and Cadena SER organize this Tuesday, in collaboration with the pharmaceutical company Janssen, a forum on depression and suicide that brings together professionals from the field of mental health to give visibility to these two realities. Depression and suicide: the silenced reality Try to break taboos, both in adults and adolescents, in order to create an open dialogue that facilitates prevention and treatment. The meeting starts at 9.00 and is celebrated in the auditorium of the Casa del Lector of the Matadero Madrid cultural center.

The event will consist of a series of presentations, dialogue tables and interviews with doctors, psychiatrists, journalists and authors to open the debate and break the social stigma surrounding these issues. The minister in functions of Health, Consumption and Social Welfare, María Luisa Carcedo, will open the act. A dialogue between the pianist James Rhodes and Javier del Pino, program director To live of Cadena SER, will close the day. Rhodes is the author of several books on music as therapy.

In addition to the previous interventions, during the four hours of the forum two round tables will be held: The social stigma of depression: between taboo and guilt, scheduled for 10.00, and How to break the taboo? Make visible to prevent, which will start at 11.55. Both will have the participation of renowned psychiatrists knowledgeable about these realities and journalists who have written about them. Too will participate in this last table Juan Andrés Mateos, director of the award-winning documentary Suicide, Y Carmen Montón, former Minister of Health, Consumption and Social Welfare.

Two companies with underwater robots volunteer to search for Anna