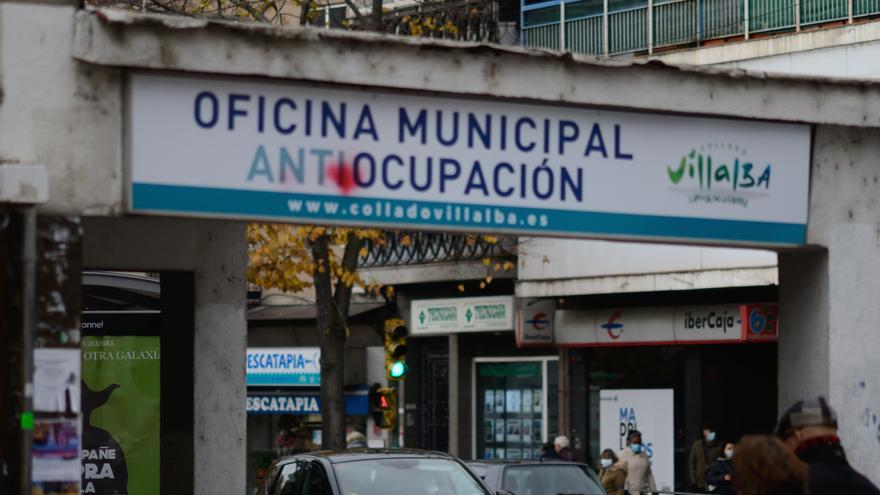 The mayor of the PP of the Madrid town of Collado Villalba, Mariola Vargas, and the Security Councilor and head of the Anti-Occupation Office, Miguel Aisa, have hired a company whose sole administrator is the same as that of Desokupa Expres, a well-known company in the sector whose methods when carrying out its work have cost at least one blow from the courts.

Both the mayor and the head of this Anti-Occupation Office of Collado Villalba, a Madrid municipality that has more than 63,000 inhabitants, publicly presented this new body last July, similar to the one that the PP has promoted in other localities where it governs, including the Madrid City Council. They indicated that their role would be to provide “comprehensive legal advice and mediation” for cases of this type, exposing the affected person “the different actions they can take, expressly excluding legal services that involve the initiation of legal actions in court.”

According to El Salto, in the last Commission of Surveillance of the Recruitment of the City Council of that town, the municipal officials of the PP assured the United Collado Villalba group that the winner of the management of the recently inaugurated Office Anti-Occupation of Real Estate was Technical Vacancies, a company whose sole administrator is the same as that of Desokupa Exprés: Salvador Palazón Marquina. Desokupa Expres was incorporated on January 9, 2014 and Technical Vacancies did so on January 26, 2021. Both are based in Murcia.

The award by the council was made through a minor contract, so it does not appear on the transparency portal. Its specifications and the obligations it has contracted are unknown. However, according to the few data made public by the City Council, the contract amounts to 15,000 euros to be paid every six months.

Pablo López, spokesman for the Collado Villalba Housing Assembly, denounces that the opacity is total. Last Thursday, in plenary session, the spokesperson for United for Collado Villalba, Eva Morata, regretted that they had been denied information on the terms of this award. Only in the last Hiring Surveillance Commission, municipal officials reported the name of the winning company and explained that the Anti-Occupation Office had initiated 121 files for encroachment on private homes between July 15 and October 15.

In an explanatory note that recalls the jump, the Collado Villalba City Council indicated “that it grants the Anti-Occupation Office the power to maintain a direct relationship with the Social Services of the City Council in order to analyze the profile [de los presuntos okupas], both of the people who have committed the usurpation and of those affected by it ”. And it will also maintain a “direct relationship with the Local Police in order to keep track of occupied homes and work in a coordinated manner for a better provision of the service.” But to such data, according to those responsible for the Collado Housing Assembly Villalba, private companies cannot have access.

The Villalba Housing Assembly has requested on several occasions the closure of this Anti-Occupation Office, with a campaign that they called #DesocupaLaOficina. At the same time, they have presented a battery of measures to tackle housing problems in the municipality. This group asks to recover the premises for cultural activities, since where this Office is now located was formerly the El Pontón Exhibition Hall, municipal property and located on the main artery of the city, which had been operating for years as a gallery of art.

As stated in this report published by elDiario.es de Catalunya, the director of the company, Daniel Esteve, uses hypermusculated men at the doors of a home to intimidate and achieve his goals and uses social networks, where he accumulates hundreds of thousands of followers, to intimidate his goals.

One of his most controversial performances dates back to June 18, when he posted a video on his Instagram account to warn a squatter: “You have 48 hours to call me privately, we will not make this a national matter because I take you to all televisions, I put your face on social networks and you will not be able to go out even on the street. Voucher? Think about it ”. His threat was posted on the network where he achieved more than 74,000 views. A few hours later, the face of the alleged squatter was published in the same profile. “Here is his face, let the whole of Spain see it. It’s called (…) Share your photo! ”He asked.

Months later, in October of this year, his company carried out another controversial eviction attempt, in the apartments of Pinillos, in the heart of the Sevillian neighborhood of Nervión. Five people from the Desokupa Exprés company used the butron technique to enter the block at number 13 on Luis Cadarso Street. Inside, six people were forcibly evicted into the street without a court order to support the launch. There was no prior complaint and the court issued an order in which it was agreed the restitution of the entry of the tenants to the house, who were able to access the apartments late at night after many hours of uncertainty.