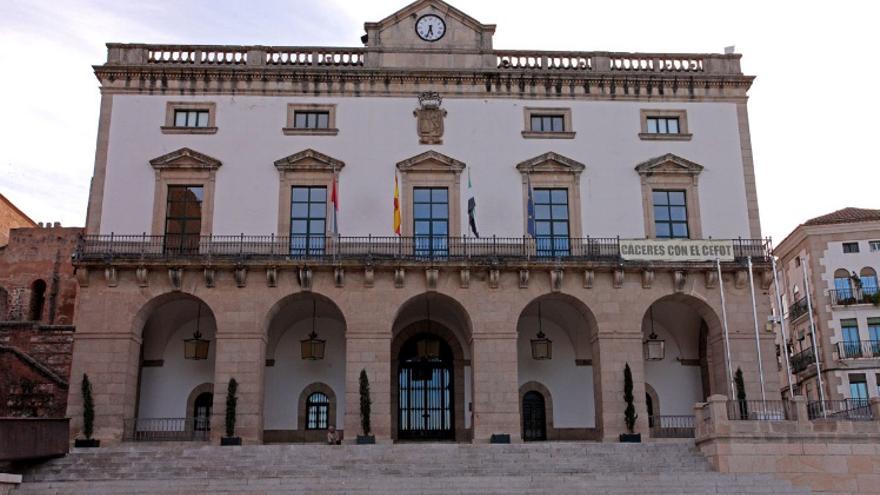 The lack of control of prices in the wholesale electricity market threatens to overtake a good number of marketers in Spain, the country in Europe with the most companies of this type. One of those that has started to have problems is Aura Energía, a Catalan SME that in recent years has been awarded electricity and gas supply contracts by hundreds of public administrations.

Aura has already begun to notify some of its clients of the termination of their contracts for not being able to cope with the “disproportionate increase” of the so-called electricity pool. These problems have already been transferred to its operations in the market. Last Wednesday, the settlement and guarantee system of the system operator (Red Eléctrica) managed by MEFF notified the market agents of an “unexpected non-payment of the subject Aura Energía SL”.

Aura, with whom this media contacted on Friday without obtaining a response, has already begun to break the contracts it had with some clients. A case that has transcended is that of Cáceres City Council. Last Monday this consistory announced legal actions against the company after its “unilateral” decision to break the contract for which in the summer of 2020 it was awarded the tender to supply it with electricity and gas for a period of two years.

At that time, the pool, where the trading companies are supplied with the electricity that they then sell to their customers, was around 30 euros per megawatt hour (MWh), compared to more than 200 euros / MWh in which it was on average in October, by the exponential rise in gas.

Aura tried to renegotiate the conditions with the Extremadura council last summer, when the wholesale electricity market had already started to explode. Now, it has transferred the supply to a last resort marketer, in this case Iberdrola. The latter is the one that has notified the change to the Cáceres city council. This calculates a 20% increase in your bill with your new supplier.

To another affected customer, Aura informed last Tuesday the suspension of his contract and the transfer to a reference marketer due to “the definitive inability of our company to continue supplying due to the sudden, disproportionate increase” in the wholesale electricity market .

The company argues in that communication that the rise in the pool has generated “an unsustainable contractual imbalance”, persistent over time and without “any indication” that it will remit “in the short and medium term.” This makes it “impossible for this company to meet its obligations at the agreed prices,” he says.

As an alternative, Aura has offered that client the transfer to another Barcelona-based marketer, Trade Universal Energy SA. The other option is to go to a supplier of last resort. In the case of this customer, who has more than 10 kilowatts contracted, he would end up facing a significant penalty by exceeding the power threshold to be in the regulated market of the voluntary price to small consumer (PVPC). The company has only given him five days to decide which option he prefers, with no possibility of extension.

Headquartered in Sant Joan Despí (Barcelona), Aura Energía closed 2020 with 25 employees, a turnover of about 87.6 million and a profit of about 760,000 euros, 75% less, according to its accounts accessible through Insight View.

In those accounts, drawn up on March 31, when no one foresaw the energy crisis that followed, the company claimed to have a “stable” financial situation, with a working capital of 11 million euros. Its small profit figure illustrates the scarce margins of the commercialization activity when the companies do not have a presence in the generation leg, as is the case.

The company, according to its website, has ten years of experience and more than 15,000 active clients, including “more than 900 public bodies”. These have been an important niche for Aura since its inception. Already in its first two years of activity, and thanks to a competitive pricing policy at a time of strong treasury tensions in many public bodies due to the then crisis, it managed to be awarded more than 18 million in contracts from organizations such as Social Security or the National Securities Market Commission and ministries such as Finance and Agriculture.

The company, which in 2017 was among the five marketers with lower bids to supply electricity labeled 100% renewable, in the last year has become an energy supplier to, among others, Enaire, the Spanish Patent and Trademark Office (OEPM), the state company Isdefe, Extremadura public television, the Municipal Funeral Home of Palma, Mercamadrid, the semi-public company Madrid Calle 30, the provincial councils of Cádiz and Valladolid, the Barcelona Metropolitan area, the Ombudsman or the municipalities of Madrid, Alcobendas, Badajoz or Barakaldo, to name some of the most recent.

The most relevant contract for its amount of those achieved this year is the one awarded by Enaire in June to supply it with electricity for two years, valued at 8.5 million. Sources from the public entity that manages air navigation in Spain indicated on Friday that so far “there has been no incidence in the supply.”

The Ministry for the Ecological Transition is aware of the difficult situation of many marketers in the face of the pool’s escalation. In the United Kingdom, this price crisis has taken a score of companies ahead since August, which have not been able to pass the increases on to their customers. In Spain, the Government is evaluating making specific credit lines available to these companies similar to the ICO credits approved during the pandemic.

In recent years, Spain has lived a bubble of marketers that has barely eroded the dominance of large electricity companies. In the sector, they point out that traders that have not signed long-term supply contracts to cover themselves in the face of this escalation may have serious viability problems in the coming months. Futures point to high prices for the whole of next year, due to the rise in gas and emission rights, which in the last week have registered new all-time highs and are already close to 70 euros per ton.

In this context, on Friday the BOE published the disqualification of two trading companies, Another Energy Option SL and Secom Central de Compras SL, by Transición Ecológica, for not meeting their obligations in terms of purchase for their consumers on the market, payment of tolls or guarantees required to acquire energy.

To try to alleviate the situation of these companies, the National Markets and Competition Commission (CNMC) will soften the system of guarantees that are required to provide them with greater liquidity, through a single partial or total advance payment that must be made prior to the issuance of the weekly charge note. The objective is to free them from the guarantees that they had to maintain and that in some cases suffocated their economic situation.

The complaints of the small trading companies have been decisive in putting aside the idea of ​​removing from the wholesale market the production of the renewable, cogeneration and waste plants that have a specific remuneration (known as Recore or special regime), with the aim of supplying the domestic consumers benefiting from the PVPC rate to the industry and protect them from increases in the pool.

One of the reasons for the ministry to backtrack is that many traders not only sell pool-bought power to the end customer; They also function as market agents under the special regime, to bring the production of these plants to the market, obtain liquidity and improve their treasury. Having deprived them of that avenue could have led them directly to bankruptcy.