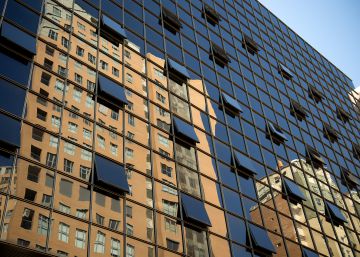 The Prosecution Claims 111 years for Christian Sánchez Escuder, accused of rape to seven children, the youngest of eight and the eldest, of 14, who belonged to the same congregation of Jehovah's Witnesses in Sagunto (Valencia) between 2009 and 2016. One of the victims suffered from autism spectrum disorder. The trial has started this Monday at the Valencia Court.

The 15 pages of the prosecutor's prosecution brief describe Sanchez as a sexual predator who took advantage of the problems that children were going through in studies and at school to offer their families to help them review and guide them using their status as Teaching student. Once he had earned his trust, he invited the children to accompany him on trips, excursions and camps where he worked as a monitor.

The alleged rapist sometimes resorted to force to rape the children, but more often he intimidated them with threats, shouting, hitting objects, picking up a stick and making the gesture of hitting them and driving like crazy when he carried them in car. All this, says the prosecutor, paralyzed the minors and instilled in them a deep fear that mixed with the shame that produced the prospect of revealing what they were suffering.

The alleged sexual assaults extended, in some cases, for three years. And they had multiple scenarios: the victims' homes, the home of the alleged rapist, hotels, station bathrooms, the changing rooms of a swimming pool, campsites, Sánchez's car and an aparthotel in Benidorm where a meeting of members of the religious confession

Two children ended up denouncing Sanchez to the Police and a third revealed to a pedagogue from his school the calvary to which he was being subjected. The prosecutor attributed four crimes of sexual assault, three of them continued, and another four of sexual abuse, three of them also continued.

The eclipse ‘Luna de Thunder’, appointment for this Sunday in the Canary Islands