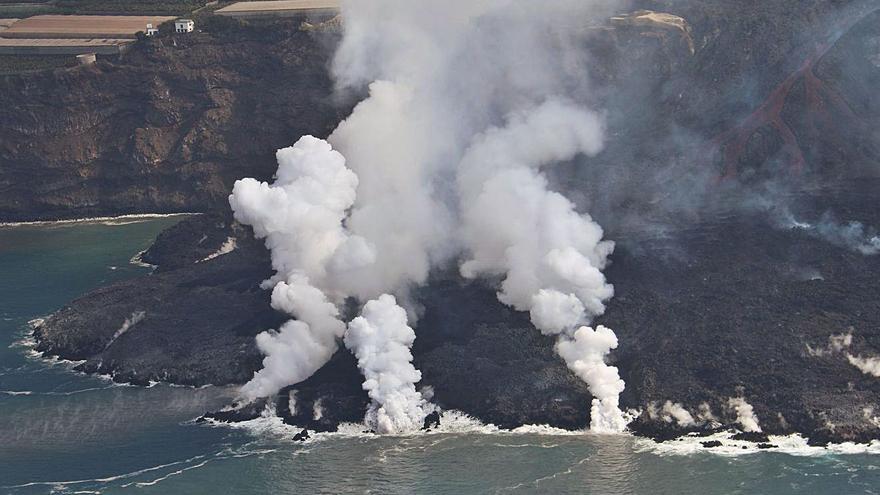 Lanzarote and Fuerteventura are the oldest islands –They originated 20 million years ago– and are in the dismantling phase, while La Palma and El Hierro are the youngest, since they originated less than two million years ago and are the most active. This happens, as the volcanologist explains Juan Carlos Carracedo placeholder image, because there is a buoyant magma plume –which weighs less than its surroundings– and tends to rise from time to time to rise to the surface “forming an island.” In the Canary Islands, as this magmatic plume also moves westward continuously, an archipelago is formed. If it were not so, what it would have formed would have been “a very large island that would grow until it could no longer do it,” as Carracedo indicates.

That of the magmatic plume is one of the three theories that, throughout history, have tried to explain the volcanism of the Canary Islands and, to this day, it is the most accepted. “The first theory was based on the fact that there were a series of blocks that would have risen at the same time, facilitating volcanism,” says Carracedo. This explanation, however, was quickly discarded.

Since then, that of the volcanic plume has coexisted with another that associates volcanism with a tectonic process. “The other theory is that the Canary Islands, circumstantially, are more or less in the geometric prolongation of the Atlas fault”explains the researcher, who claims that, associated with this activity, “a tectonic process would be generated that would give rise to a volcanic one.” However, for Carracedo, this second option is not very viable. “The downside is that there are other archipelagos in Macaronesia, such as Azores, Madeira or CaboVerde, which have nothing to do with this African fault and yet are very similar to the Canary Islands”, says the researcher. For this reason, he closed the debate by insisting that if “The hot spot explains the birth of all the Macaronesian archipelagos and the fault of the Atlas only one, by common sense, it will be more possible the first”.

This theory, which assumes that volcanism deteriorates as it moves towards the westernmost islands, could not explain the Timanfaya eruption or other historical ones on the island of Lanzarote, which is, of all, the oldest. However, Carracedo assures that this is explained because “volcanism is not something that ends abruptly.” At this specific point it is possible that there has been “a resurgence of some portion of magma that moved towards Lanzarote, although it is older.”

The theory of the hot spot also gives rise to the Canary Islands archipelago, in the future, being made up of islands different from the current ones. And the thing is, there are seamounts “that almost reach the Peninsula” and that researchers consider that in the past they formed large islands that were eroded by the action of the sea. When other millions of years pass, it will be the current islands that will sink, giving way to new Canary Islands that will emerge to the west of the current archipelago.