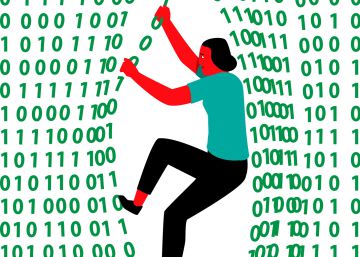 Technologists, economists and managers are excited about the digital revolution. They see it as the road to a new promised land. But something fails in that speech, because so far that change has brought little social progress. On the contrary, many people see how their living conditions have deteriorated, how their employment opportunities have decreased and their expectations for improvement are threatened.

Thus, it should not surprise us that our societies are moody and, in some countries, express their resentment in the form of social anger, as we see in France or Chile. Nor should it surprise us that the political consequence of this lack of social progress is the reappearance of authoritarian populism. The triumph of Donald Trump is consistent with the shameless disregard of liberal governments for the principle of justice based on equal opportunities defended by John Rawls, the great philosopher of postwar liberalism. From this perspective, the success of Trump, and other totalitarian leaders, claims, instead of undermining, the ideal of reciprocity of Rawlsian liberal theory.

Remember that liberalism is a very broad ideology. Within it, the neoliberal variant is the most refractory to the intervention of the State to manage change and promote social progress. It is worth remembering its origins.

Margaret Thatcher is now 40 years old. He came defending a controversial, but successful, philosophical principle: society does not exist, only individuals exist, and it is through them that wealth is created. Months later Ronald Reagan arrived. He held another controversial but equally effective principle: the State is the problem, the market the solution. It was the beginning of market fundamentalism. Of neoliberalism. His creed has been a utopia already tried in the nineteenth century and failed in a thunderous and dramatic way in the first third of the twentieth century: a self-regulated market system to which society and politics had to submit.

I recommend returning to the essay by Karl Polanyi, published in 1944, The Great Transformation. Political and economic origins of our time. He describes masterfully how liberalism was unable to read the history of the industrial revolution by stubbornly judging change only from an economic perspective. In his opinion, in no other aspect has liberalism had a more obvious failure than in its misunderstanding of the problem of change.

It has happened again with neoliberalism. His vision of change is of an overwhelming naivety. Believe, with mystical faith, in the spontaneity of social progress and that, by itself, economic growth ends up healing all the social wounds of change. It also holds a rude vision of the utilitarianism of the nineteenth-century liberal philosopher John Stuart Mill, consisting of saying that what politicians have to do is make reforms that maximize total social welfare, forgetting, when not neglecting, the consequences that may have those changes for some social groups.

Polanyi points out the need to match the pace of change with the pace of social adaptation. This accompanied progress requires that the change be accompanied by compensation and support mechanisms to those at risk of being stranded in the gutter. That is what the Franklin D. Roosevelt New Deal did in the US and, especially, the post-war European social contract through institutions such as the public education system, the public unemployment system, the public health system and the public systems of pensions Change and social progress went hand in hand in the "Thirty Glorious" years that followed that social contract.

If we want the citizens of Western democracies to continue supporting open market economies and liberal political values, it is necessary to develop a new social contract for the 21st century that balances the traditional objectives of growth and wealth creation with new priorities such as the creation of new social security networks to deal with new forms of poverty, equitable labor markets, a fair distribution of income and opportunities within companies, environmental sustainability and the recovery of local communities. Progressives have an exciting task ahead: combining technological and economic change with social progress. But it will not be easy. Although forty years have elapsed, and that its social and environmental results have been perverse, neo-liberal Thatcherism continues to have a great influence on the advisers of politicians.