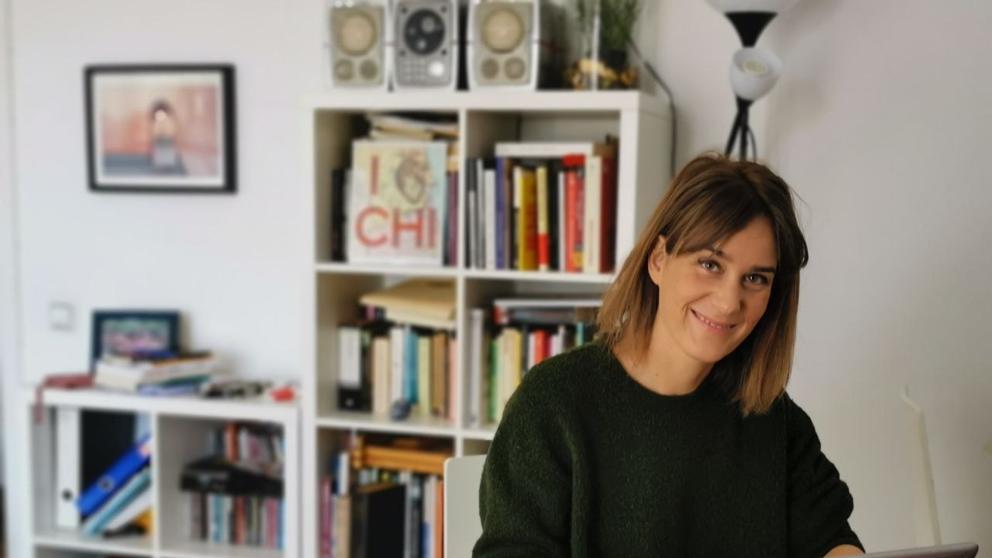 Jessica Albiach see that your confinement be organized, but it is not always easy for his work. “These days there are also press conferences or telematic meetings at odd hours,” he explains.

For her, one of the keys is “leading a life as organized as possible, having planning and not changing schedules.” “And not stay in my pajamas all day,” he adds. But there are other important things for the leader of Catalunya en Comú Podem in the Parlamentsuch as “having contact with loved ones”. Therefore, when this situation ends, the first thing he will do is go see his family, meet friends and “give them lots of hugs.” “I really want to,” he confesses.

He also recommends “dose and filter” the information about the pandemic, because “misinformation is circulating that is of no help”. And highlights that it is vital take care in the physical appearance, but also in the psychological or the emotional. “It is necessary to disconnect, play sports …”, he advises.

Confinement with her roommate

Spend these days of “uncertainty” with your room mate, Lola –parting house since she arrived in Barcelona ten years ago–. Now he has no excuses for not having the house in order, and he also has time to cook, something that does not do the rest of the year. He has not made the star dish of his land, Valencian paella, but he has one that has nothing to envy: arròs al forn.

In the mornings he reviews the news and during the day he has several working meetings of the commons. They analyze the information from the Government and the information they receive from the Catalan municipalities. From there they establish contact with various departments of the Generalitat.

Before practiced yoga in a center and now follow the online classes. Her friend Lola has joined. And every day at eight they have a date on the balcony. Applause to the toilets.

Many times you see similar things in some dystopian series, but you don’t think it could become your reality ”

Free time – not abundant – he dedicates to reading
What to do with the extreme right in Europe (Lengua de Trapo), by Guillermo Fernández-Vázquez, “a book that had been pending for a long time”. “It not only tells us that public policies are the best antidote against the extreme right, that we already knew. It is also necessary to define another community of rights and solidarity that copes with its withdrawal from identity, “he highlights about the book. In other moments of relaxation follows the British series – comedy and drama –
Fleabag
, directed and written by the protagonist, Phoebe Waller-Bridge. “She is a titana,” she says.

Everything has suddenly changed in our lives and Albiach admits that 20 days ago “I was not aware of what was coming.” “No one was,” he values. And he admits that he would have “never” imagined this health crisis. “A lot of times you see similar things in some dystopian series, but you don’t think it could become your reality,” he says.