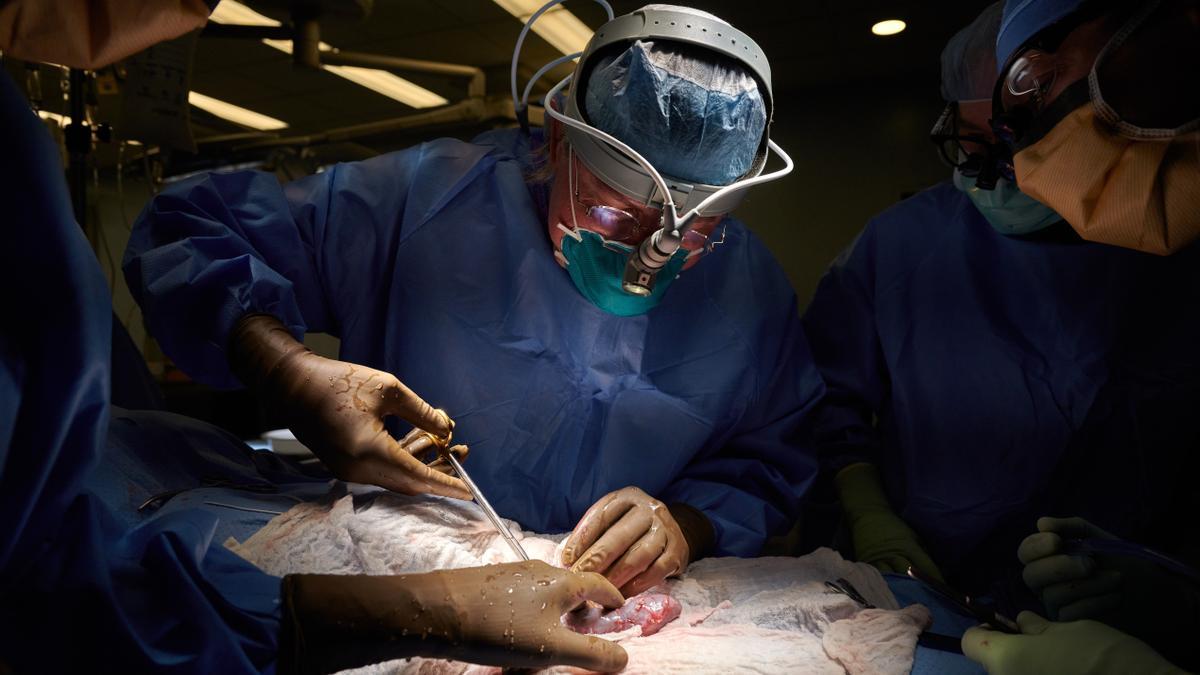 When the vital organ of a patient fails permanently and irreversibly, finding a replacement in time to transplant it makes the difference between life and death. Unfortunately, there are no organs available to everyone. Hundreds of thousands of people die each year on waiting lists, longing for the precious organ that finally does not arrive. Donor shortages, coupled with growing demand for organs, are worsening the waiting list situation in countless countries. However, scientists have been working for decades to try to solve this serious human drama. His ambitious goal: to get other animal species to become our potential donors.

A week ago, a promising breakthrough towards this end hit the media throughout the world: a pig kidney had been transplanted into a human for the first time with relative success brain dead. The achievement, achieved on September 25 thanks to a team of health workers and scientists from NYU Langone Health Hospital (in New York), represents a step forward in the field of transplants between different species (xenotransplantation). In the experiment, which lasted a total of 54 hours, the kidney of a genetically modified pig was connected to the circulation of a deceased woman (with artificial respiration). This organ was not implanted inside his body, but was left outside, protected by a plastic coating, to be able to monitor it constantly.

To prevent the immune system from attacking this organ, two measures were taken: on the one hand, the pig was genetically modified so that it would not produce the alpha gal molecule that is normally found on the surface of porcine cells and that the human immune system considers strange. On the other, the pig thymus (whose function is to "train" various immune cells) was implanted in the recipient woman. The scientists found that the porcine kidney functioned normally to produce urine from the beginning to the end of the experiment and there were no signs of early immune rejection. The details of the intervention are yet to be published in a scientific journal, so it is not, for now, possible to assess this progress with all the data.

This experience provides a valuable proof of concept on the potential of genetically modified pigs as human organ donors. However, there are many challenges to be overcome in the long-distance scientific race of getting, one day, pigs to become our donors. Immune rejection against these organs in the medium and long term is a key factor and this has not been investigated in the recent surgery performed by the American team.

Why are pigs in particular receiving as much scientific attention as potential donors when we have more genetic and immune similarities to various species of monkeys? There are many reasons that have led to this animal being the favorite for scientists in the search for a precious source of human organs: they breed easily and quickly in countless parts of the world, their experimentation and sacrifice present much less ethical conflict For humans than the use of primates, they have several organs with structures and functions very similar to those of humans (especially the heart) and their genetic modification is easier.

Broadly speaking, there are two main strategies to try to get the pig to become a source of human organs. One of them consists of creating pigs that develop a certain human organ (heart, kidneys, lungs ...) instead of its pig equivalent. These individuals are considered chimeras, since they have cells of different species (human and porcine). To do this, pigs are genetically modified, from their embryonic state, to "inactivate" the generation of their own organ and, instead, implant human stem cells that are responsible for forming that organ.

This line of research is still in its infancy. In fact, the first pig-human chimeras, created by the group of researcher Juan Carlos Izpisúa from the Salk Institute, were announced at the beginning of 2017. For ethical reasons, their embryonic development was not allowed beyond four weeks of gestation of these animals and their production was very inefficient: the The percentage of human cells was very small (0.001%) and almost all the implanted embryos did not develop (only 186 out of 2,075 embryos did). In April of this year they managed to develop chimeric human-ape embryos and grow them up to 20 days.

The other strategy is based on 'making up' the pigs so that our immune system, in the event of a pig organ transplant, identifies it as a human organ. For this it is possible to genetically modify pigs so that they do not produce molecules that our immune system recognizes as foreign (such as alpha gal) and even produce molecules that this system recognizes as human.

This approach is in a much more advanced stage of research and presents much less difficulty than chimera production. In recent years it had already been achieved that nonhuman primates lived with pig hearts for years. This is the method that scientists from the New York hospital have followed for the recent pig kidney transplant in the deceased woman.

It is very possible that in the next five or ten years a small clinical trial will begin in which it is decided to transplant a pig organ into a living person whose risk of death is imminent and cannot have access to a human one. Beyond encouraging organ donations among the general population, the pig is presented as a potential 'savior' in the face of increasingly long waiting lists for transplants.