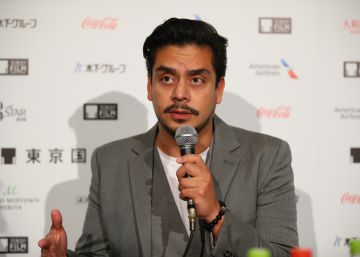 “I was a boy who grew up with comics. Somehow, I learned with them that the communists were my enemies, that they were going to hurt me in some way. Even today, calling someone communist serves to attack those who defend human and individual rights, ”recalls EL PAÍS Jayro Bustamante (Guatemala, 1977) about a common comment in his country that inspires La Llorona, his third movie.

With it, he reinvents the well-known legend to rescue a subject hitherto taboo in the cinema and society of Guatemala: impunity on the crimes committed in the country during the Civil War between 1960 and 1996.

General Monteverde, already retired, faces a criminal proceeding on the tape decades after leading the genocide during the Civil War of Guatemala. Absolved of all charges, he returns to his mansion with his wife, daughter and granddaughter. When a new indigenous maid arrives at the house, the military begins to hear at night the mysterious cry of a woman. It is the soul of La Llorona, which arises in search of justice.

“In its day, the Government silenced what happened in the war. Gradually it began to become something that was not talked about in the street. The new generation knows nothing about her, despite being the recent history of her own country, ”laments the filmmaker. He has just presented the film at the Tokyo Film Festival, before the powerful Asian market. This brings Latin American folklore to the continent in full celebration of the Day of the Dead, an increasingly popular party in Japan in its globalized version that is Halloween.

To convey the echoes of the war to the youngest spectators, Bustamante resorts to the horror genre, the most popular among them, with permission from the superhero cinema: “We live in times when the audiovisual is replacing reading. It is not something that makes me happy, but it does make me realize that we filmmakers have an extra responsibility and we must create content for something more than entertaining. ”

The colonial version of this fable tells that a woman of indigenous origin was a lover of a Spanish gentleman and, after the man's rejection, murdered her two children. Repentant, his soul wanders in search of redemption. Bustamante gives his story a less sexist sense to the story, "so that the justice that La Llorona sought was for something more important than a man," he says.

The miracle of Guatemalan cinema

La Llorona closes a triptych of independent films with one point in common: each of them focuses on one of "those insults that feed discrimination in Guatemala." The first of them was “Indian”, with which he focused on his debut Ixcanul (winner of the Silver Bear Alfred Bauer to audiovisual innovation in the Berlin Festival 2015). Then came "hollow", derogatory term referring to the homosexual man – "especially as a form of rejection of his feminine side", explains the director -, which is Tremors (2019).

The new Bustamante film has given a new international award to its director, being winner in the Giornate degli Autori section of the Venice Festival 2019. It is another milestone that is achieved for a country with hardly any film industry, in which only 29% use the Internet and less than 9% of the population have access to movie theaters. “And, of those few spectators, almost all of them see blockbusters from the United States. So they end up comparing themselves to wealthy New Yorkers without real social problems, ”he says. Therefore, it celebrates the success of Our mothers of his compatriot César Díaz, who also addresses the issue of the country's Civil War and who represents Belgium in the Oscar race as a co-production with the European country.

Bustamante was able to release his first feature film with 37 years. First he had to make a career in the world of advertising and then go to Europe to train in film. He returned to his country to found his own company, La Casa de Production, with which he created his own films and opened the way for an unprecedented activity in Guatemala: independent film distribution. "The most complicated, in addition to financing, is to try to create a new habit of consumption in a country where self-criticism is still considered a sin," he confesses, while continuing to open the door to small miracles in Guatemalan cinema.