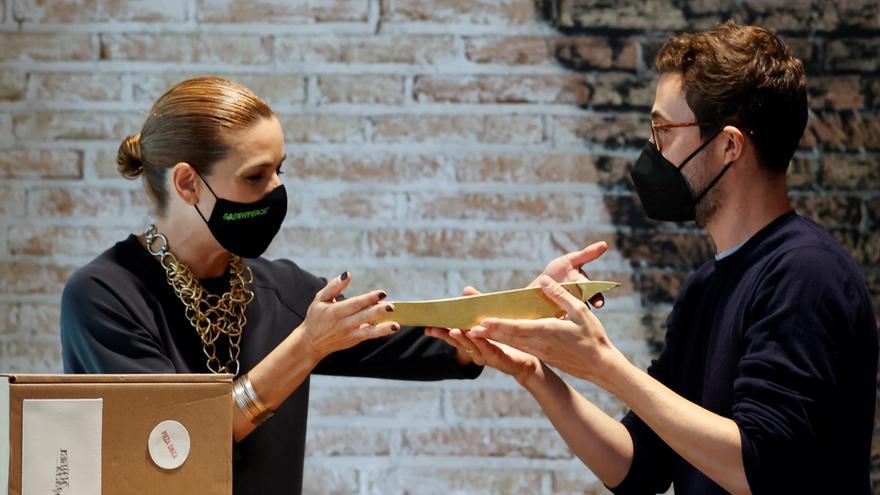 San Sebastián, Sep 21 (EFE) .- “La crisade” (“A small plan … how to save the planet”), by Frenchman Louis Garrel, has been the winner of the Greenpeace Lurra award for “talking about the climate crisis in a hopeful tone and with a sense of humor. ”

The presenter and journalist Raquel Sánchez Silva today presented the film’s producer Álex Lafuente with this award, which awards each year the film that best reflects the environmental and peace values, hallmarks of the organization.

The jury made up of producer Pedro Uriol, journalist Pepa Blanes, singer Rebeca Jiménez, Greenpeace’s director of mobilization and marketing, Edurne Rubio, and Sánchez Silva herself have made this decision considering that the film deserved it for talking about the climate crisis hopefully.

Also, “because it is a story for the whole family that, with a sense of humor, invites us to organize and act, from the local to the global, to take care of life on the planet.”

“La crisade” (“A small plan … how to save the planet”) tells, like a fable, how a global plan that minors secretly develop around the world forces adults to pay attention to the deterioration of the environment.

A wealthy family in Paris discovers by chance that their 12-year-old son has been selling his most valuable properties for months to donate the money obtained to an NGO for minors led by a single 18-year-old adult who intends to create a pharaonic infrastructure in Africa that guarantees the access to water throughout the continent.

“The film reminds us that we are facing the greatest challenge that humanity has faced in its history and puts the focus in a surprising way on the generational conflict that has led millions of young people around the world to lead a movement in defense of the planet and of the future, while turning civil society into a protagonist and driver of change “, the jury highlighted.