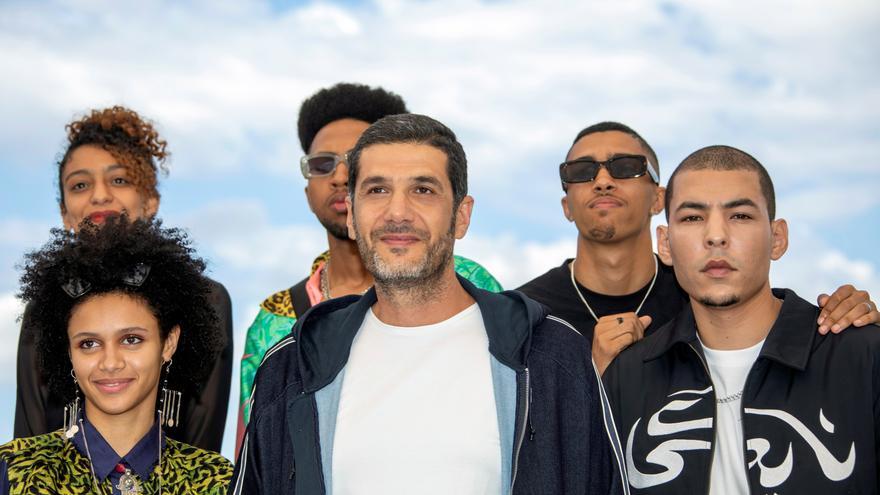 Cannes (France), Jul 16 (EFE) .- “Haut et forte” (High and strong) has been the surprise of the penultimate day of the Cannes Festival competition, a film with a lot of autobiography by the Moroccan French Nabil Ayouch, that talks about music and youth and also about social and political problems.

“Remember moments that I lived in my childhood in a neighborhood on the outskirts of Paris, when I began to know my Moroccan identity. It was thanks to the camera and the cinema. I began to deeply love Morocco and discover that country in all its diversity,” he explained this Friday the director at a press conference.

A cultural center and retired rapper who teaches the history of hip-hop. This is the starting point of a choral film in which a group of young people face social prejudice and the control of their families to follow their passion for music.

“I realized that what I experienced in my childhood was exactly what happens in the periphery of Morocco, where there are second-rate citizens, ignored, far from the center …”, said the director, adding that it is precisely the culture, art, what can solve these problems.

A film with a strong social content that shows that “young people have something to say, about the things they like, are passionate about and make them dream”. As much in Morocco as in any other country, Ayouch pointed out, who in his film shows young people who want to “write their stories so that others do not write them in their place.”

And he stressed that, in his experience – he founded a cultural center similar to the one that appears in the film and that is where the idea of ​​making the film came from – parents, who at first did not want to know anything about their children’s fondness for music, in the end they were proud and attended the concerts to listen to them.

A music, hip hop, that arrived in the eighties from the United States to Europe and then to Africa, and that made a very strong impression in the Arab world due to its ghetto music and social demands.

“Hip hop is a weapon, a means of expression to accompany the great changes, that is what is fabulous for me about this music,” he added.

With debuting actors, most of them music students in the director’s cultural center, Ayouch started thinking about the film 4 years ago. He first devised making a documentary and then went on to a fiction that was ready for Cannes 2020. As the festival was not held due to the pandemic, he decided to wait for this edition.

This year, the president of the jury of the official competition is Spike Lee, something that for Ayouch is good news, although he said he had no idea of ​​what the record that will be announced tomorrow may hold.