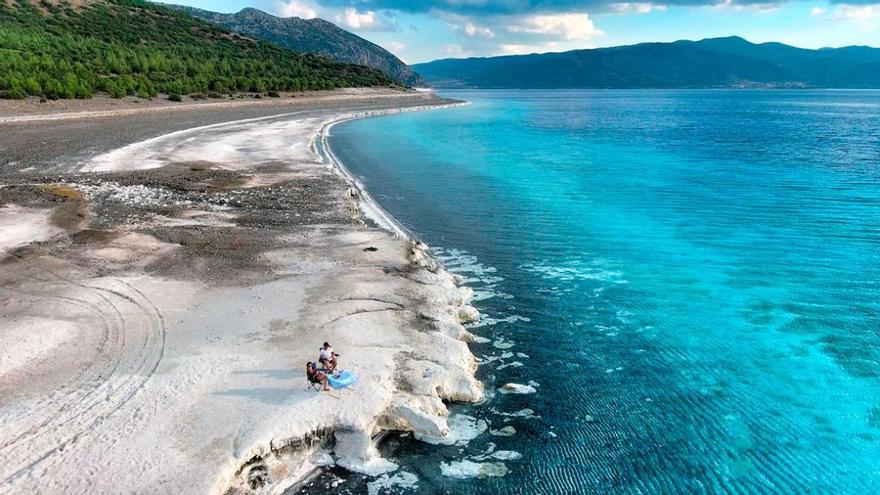 A lake of about 40 square kilometers in southwestern Turkey has attracted the attention of scientists for Similarities they see with the Jezero crater on Mars, where NASA’s Perseverance rover has landed.

Scientists believe that Lake Salda, in the Turkish province of Burdur, shares similar mineral and geological characteristics to the Jezero crater, the semi-public Anadolu agency reports on Friday. “Salda is a living laboratory for the development of the first life forms on Earth. It is not possible to find a similar laboratory in the world, “says geologist Candan Gökçeoglu to Anadolu.

Knowledge of the mineral composition of Lake Salda could aid in the search for ancient signs of life on the Martian surface. “There are hydromagnetic minerals formed as a result of the activity of bacteria in Salda that have developed as mineral carbonates. Similar structures have been observed in Jezero crater, “he adds.

Scientists believe that the Jezero crater, similar in size to Lake Salda, was a lake that dried up millions of years ago and could retain organic molecules and microbes in the clay sediments. Once back on Earth, the Perseverance probe that landed on Thursday is expected to provide information about Mars, the solar system, and the possibilities of life outside our planet.

Arrecife, graced by the Bonoloto