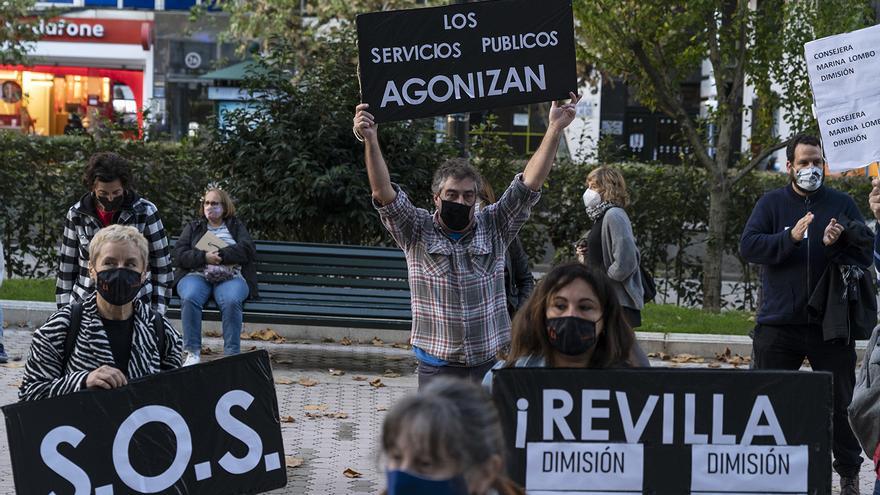 The educational centers of Cantabria will close their doors hastily after the judicial decision that provisionally suspends the resolution of the Ministry of Education in which the school calendar was modified, eliminating from one day to the next the non-school period foreseen between the 2nd and the November 6 justified on health reasons and the rapid evolution of the COVID-19 pandemic. Students and teachers thus surprisingly recover a vacation that they had given up for lost. On Monday and Tuesday the classes have developed normally. This Wednesday the classrooms will remain empty. Thursday and Friday? They will also be, although the confusion in which the educational community has been immersed is unprecedented.

“The Administration must explain why, in what way and with what intensity the respect for the non-school period affects the expansion of the disease; why, how and to what extent the elimination of this non-school period can stop that expansion”. This is how forceful it is expressed in a resolution consulted by elDiario.es by the Contentious-Administrative Chamber of the Superior Court of Justice of Cantabria (TSJC) chaired by magistrate Rafael Losada, who in his letter accepts the precautionary measures requested by the union Commissions Obreras (CCOO), who demanded the suspension of that measure adopted by the Government of Miguel Ángel Revilla (PRC) and who had raised teachers, students and parents in arms.

“This is chaos. We do not know what happens from now on. We need a report from the Legal Services that tells us what is the way forward,” they acknowledge from the Ministry of Education, whose head, the regionalist Marina Lombó, is in the eye of the hurricane and has been the subject of all the criticism in recent days. The trade union organizations have not hesitated to request her immediate resignation, by making her responsible for a measure that was not endorsed in the reports of the General Directorate of Public Health, which never demanded the cancellation of school holidays despite acknowledging that this stoppage could suppose an increase in mobility in the middle of the second wave of the pandemic.

In fact, this reason is what has led the TSJC to make a decision that returns school holidays to the educational community: “The court understands that it has not been provided by who owes (the Administration author of the contested measure) sufficient justification for modify the calendar, while the general public health interest remains unproven, the immediate realization of which could support the denial of the requested precautionary measure “, he emphasizes in the letter sent to the parties.

“In practice, we would have hundreds of Cantabrian students in the care of their grandparents, young people interacting in less controlled spaces and an increase in mobility that we cannot afford right now,” defended the Minister of Education when she adopted this measure last week , which he called the “best option”. “This first two-month period of the course has shown us that the educational centers are not part of the problem, but part of the solution, because they comply with the measures at all times and, in addition, it allows to have very identified the contacts of each student, what which greatly facilitates tracking ”, assured Lombó, in statements that the unions dismissed as” absurd, incoherent and lacking in rationality. ”

Orders to the centers

Despite the initial shock admitted by the Ministry itself, and that the Government of Cantabria has not made an official statement after the blow of Justice, the educational centers have begun to receive throughout the afternoon the pertinent instructions to close its doors and take the appropriate measures for the next few days. “I inform you that the Contentious-Administrative Chamber of the Superior Court of Justice has issued an order by which the resolution of the Ministry of Education is suspended provisionally, which last Friday modified the school calendar to declare this week lective. Consequently , the students SHOULD NOT ATTEND to class from the 4th to the 6th of November “, the general director of Educational Centers, Lorenzo Ruiz, has informed by email.

And it is that the Government of Cantabria has the possibility to appeal the order of the TSJC that cancels the suspension of school holidays within a maximum period of five days from its notification, but the haste of time and the consequences that a new change of criterion leaves its effectiveness and the political storm that it entails in the air. Meanwhile, from the Ministry of Health they limit themselves to throwing balls out, considering that “it is not their competence” what happened in schools, and they refer to the Ministry of Education, which is the one who signed the resolution that has now been annulled.