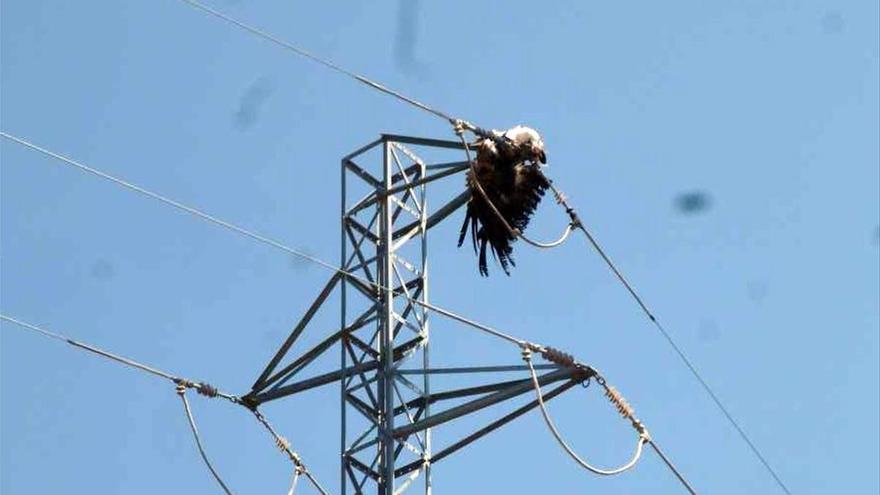 The Vic (Barcelona) court that is investigating the death of birds electrocuted on power lines and poles has required the company Endesa to take the necessary protection measures so that this does not happen, as requested by the prosecution in light of the increase in the last few months of deaths of protected species. The togada has made this decision for now in the Osona region, in its judicial district, for a matter of competences, despite the fact that the prosecutor Antoni Pelegrín in his complaint he extended this type of incident throughout the province of Barcelona. The public prosecution insists that the electricity grid in the entire autonomous community must be fixed.

Precisely the Vic judge who is investigating the case has asked the prosecutor for his opinion on whether or not the investigation should be distributed among several courts in the province of Barcelona, ​​based on the location of the areas where the deaths of birds by electrocution were detected . From the outset, the prosecution maintains that all investigations must be carried out by the same court, since there is a connection between each of the events. Furthermore, the defendants are the same: senior Endesa officials. In the event that the judicial process is divided, contradictory decisions could be given.

The sources consulted by this newspaper have ensured that the way to protect the birds from being electrocuted is by installing a coating of the high tension cables, on all those that protrude from the posts, with an insulating material. The same sources acknowledge that Endesa has already carried out some of the work to improve the facilities, but that birds continue to die due to deficiencies that exist in some sections.

The complaint was filed by the prosecution for ecological crimes and it is directed against Endesa itself (now E-distribution), as well as against six executives. The public prosecution attributes to the defendants having failed to comply with the legal norms that "imposed the obligation to maintain the electrical networks in adequate technical conditions and without damaging or endangering the fauna and the environment in general." The power lines distributed throughout Spain cause the death of at least 33,000 birds of prey per year. The lawsuit details the electrocution of protected species, such as the white stork, the buzzard, the short-toed eagle, the goshawk and the eagle owl, among other. The simple gesture of spreading their wings causes them to touch the cables and receive a shock.

The prosecutor asked the Vic court in September to require Endesa, as a precautionary measure, to fix some power lines, since it had received information from Rural Agents of "more episodes of electrocution of birds" in power lines "responsibility" of the company and "of the people investigated" (there are six accused managers), as those most responsible for their correct operation.

The representative of the Public Ministry specifies that these incidents are indicative "of the serious risk situation posed by" the facilities under suspicion and that they have the cables "without any protection to prevent" the death of the birds. At least, in recent months electrocution of birds has been observed in several sections of the electricity supply, such as those that pass through the municipalities of Hostalets de Pierola, Calonge de Segarra, Calaf, Igualada, Òdena, Santa Eugenia de Berga, Tona, Pinós, Gelida, Perafita, Bellprat, Sant Martí d'Abars, among many others.