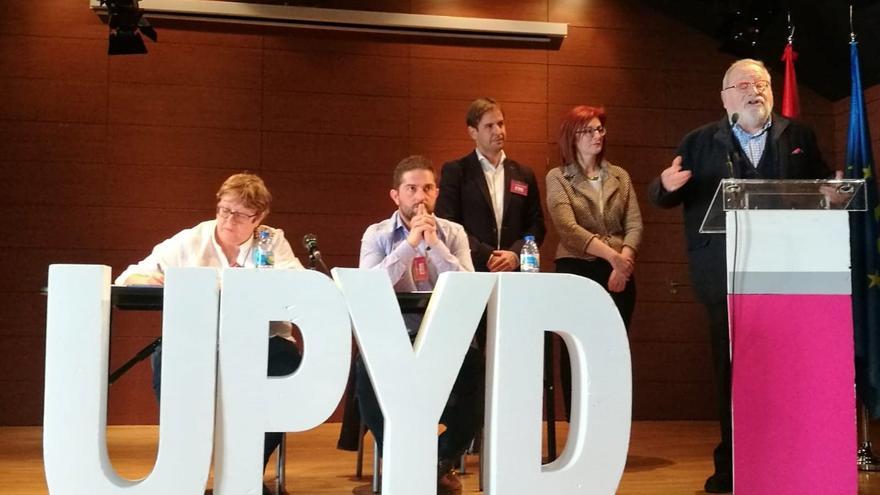 The judge of the Commercial Court No. 9 of Madrid has given the order for UPyD to disappear as a party in the registry of the Ministry of the Interior and has declared its extinction as a legal person, given the impossibility of facing a debt that it has with Beatriz Becerra, who before achieving a seat in the European Parliament held the position of Head of Communication. "Unfortunately for some, UPyD continues to move forward," Cristiano Brown told elDiario.es after hearing the news.

The current leader of the magenta formation recognizes that he himself has been surprised by the fact that the judicial order has been publicized before there was a final decision, and anticipates that they will file an appeal within the stipulated period of 20 days. "There will be a solution to be able to continue. It is not a stratospheric debt like the one that other parties have and we will solve it," says Brown, who points out that the formation survives thanks to donations and membership fees and still has its headquarters, with a manager "as stipulated by law", and with some external workers who collaborate with the party.

As he insists, his political project continues to be "viable and necessary for all Spaniards." Moreover, he anticipates that UPyD will continue working in the face of the February elections in Catalonia: "We will study the scenario to seek the greatest possible unity of constitutionalism against nationalism."

However, in the order, collected by the Europa Press agency, the judge notifies UPyD's request to declare itself in bankruptcy given its status of "insolvency" and the impossibility of "regularly and punctually complying with its obligations" due to lack of liquidity and equity imbalance ". In addition, it underlines that the formation lacks sufficient assets to face the current debt, for which it indicates that the opening of a bankruptcy procedure would be "harmful" and "useless" to resolve the situation. For this reason, it closes this administrative procedure and declares the Unión, Progreso y Democracia society terminated "with cancellation of its registration in the registry of political parties."

The party assures that this whole case is being "oversized" and that they were the ones who resorted to the bankruptcy to deal "in a more flexible way" with said debt with Becerra that they hope to remedy shortly, and they have put it that way. the match on his official Twitter account.

The magenta formation, founded in 2007 by Rosa Díez together with a group of politicians and intellectuals, is now led by Cristiano Brown, who was part of the Citizens' electoral lists in the last general elections of the 10N after an agreement between both parties. In fact, Brown, who was number 7 for Madrid, would be the next candidate to occupy a seat in Congress if there were any losses among the representatives of Ciudadanos for that constituency.

In addition to some councilor in small municipalities, the highest public representative of UPyD is MEP Maite Pagazaurtundua, who is also in the European Parliament thanks to a pact in the last European elections with Ciudadanos, the party led by Inés Arrimadas. Brown ran as number 11 in the same candidacy led by Luis Garicano but was not elected.

For her part, Beatriz Becerra announced in April 2016, together with other positions and members of UPyD, that she was leaving the party because "it had ceased to be useful to society", but continued as an independent MEP within the ALDE Group.