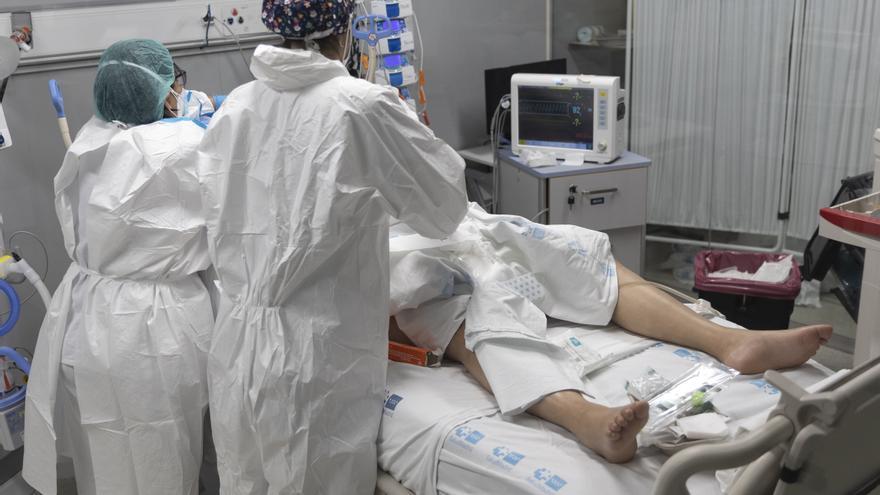 A sentence of the Social Court number 2 of Jaen recognizes the shortage of protective equipment for toilets during the first months of the pandemic for coronavirus, but exempts the Andalusian Health Service (SAS) for understanding that there has not been a violation of article 15 of the Constitution where the right to life and physical and moral integrity is collected.

The sentence is the answer to a lawsuit filed in March 2020 by the Nursing College of Jaén. The collegiate entity has issued a statement in which they point out that the sentence shows that, according to their interpretation, “the toilets had the obligation to sacrifice their right to life and integrity, even without masks, during the first wave of covid-19 , for the benefit of the life and integrity of the rest of the population”.

The College of Nursing states that the sentence “recognizes the shortage of protective equipment for health workers during the first months of the pandemic, a public and notorious fact”, but does not condemn the SAS for violating the fundamental rights of nurses when understanding, according to the Association, that the lack of protective equipment was “irremediable” and that “in the situation of having to choose between the lives of citizens, or working in dangerous conditions for the integrity of nurses, the citizens’ right to life.

Comparison with the terrorists of the Grapo

The College has also shown its “strangeness” because the judge is supported to issue his ruling in sentences of the constitutional Court in which it is decided on the feeding of the prisoners of the Grapo in hunger strike or of medical treatments to witnesses of Jehovah.

With the jurisprudence used by the judge, the Association understands that in the sentence “the sacrifice” of the nurses is being compared with other cases such as the terrorists of the group on hunger strike, or Jehovah’s Witnesses, and that, according to the collegiate entity in its statement, “are not at all comparable”.

The legal services of the College of Nursing of Jaén have already filed an appeal with the Superior Court of Justice of Andalusia, while they have shown their “disagreement” with the court ruling.

From the collegiate entity it has been alluded to that this week the sentence has been made public by which the Ministry of Health of the Valencian Community must compensate with amounts ranging from 5,000 to 49,180 euros to the medical professionals who worked during the first wave of the pandemic for doing so without having given them the proper protective equipment. In this case, the judge considers that “health professionals have the right to be compensated for personal and moral damages.”

From the legal advice of the College of Nursing, lawyer Santiago López considers that the sentence of Jaén starts from “a wrong premise”, and is that “despite the unfortunate example of the Grapo or Jehovah’s Witnesses, in these cases several concurrent fundamental rights in the same person or subject were weighed, such as the right to be forcefully fed and against the will of a prisoner to prevent his death, or give a blood transfusion to a Jehovah’s Witness against his religion to save his life.

“In this sentence, it is considered that, in the pandemic for covid-19, rights can be sacrificed that concur in different people or subjects; that is, that some are sacrificed, without providing them with the means, to save others, as was the case in ancient societies such as Egypt, or in pre-Columbian times”, the lawyer pointed out.

López has indicated that “this sacrifice would not be required in a modern society except in the event of a declaration of war, and not with a simple state of alarm, which has even been partially declared unconstitutional.”

For his part, the President of the College, Jose Francisco Lendinez, has affected that in the province the number of toilets infected with covid-19 has been “very high” since it is estimated that during the first wave three out of ten nurses were infected.

Likewise, it has placed special emphasis on the death of nursing professionals, as is the case of the nurse and professor at the University of Jaén, Pedro Carrillo, who lost his life due to the coronavirus in April 2020.

“With this judgment the right of any worker to have adequate means of protection is being ignored to preserve your Health, they want to turn us into martyrs so that the Administration does not have to answer for putting us in the front line without means, nor for the infected and even deceased nurses,” Lendínez said.

“If this is the concept they have of us, we will have to ask the Government for pension medals, for the heroism of our nurses who have replaced government action,” said the president of nursing in Jaén.

Lendínez thanked all the citizens who have recognized the work of nurses in particular and health workers in general, and who spontaneously applauded from the balconies because “if the people recognize us, Justice has to recognize us too” .