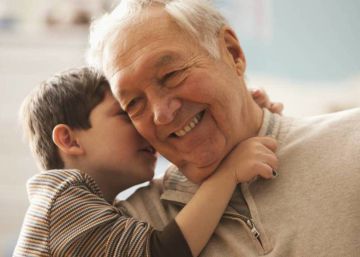 A Seville court ruled in favor of two grandparents who asked for the custody of their grandson. The decision, as stated in the judgment (access the text here), is based on the best interests of the minor given the situation they live in, in which their grandparents act as their “de facto guardians”. The parents, confirms the resolution, are not “in conditions” to take care of their child because the father has no contact and the mother’s partner is awaiting a trial for beating him.

The minor lives with his maternal grandparents who, as explained in the resolution, take full charge of his care, offering you a stable and safe environment with “the discipline, order and control you need.” Grandparents are, therefore, those who take care of the health and education of their grandson. So much so that, when the boy began to have poor results in school, they decided to change his school and pay the associated expenses.

Although the sentence specifies that the interest of the minor does not create or extinguish by itself their own relationships of the parental authority held by the parents, it does serve to configure certain situations like the one in this case. “The regulation of duties and powers that make up parental authority is designed and oriented for the benefit of the children and, at this time, those who hold it, they are not in conditions to make effective one of the measures that comprise it, such as guardianship and custody ”, the judge concluded. And it is that the situation of neither of the two parents is the ideal one to take charge of the guardianship and custody of their child. On the one hand, the father acknowledges that he has no emotional ties with the minor, since he does not maintain contact with him, and on the other hand, the mother lives with her partner who is awaiting trial precisely for hitting the child, whom You can’t get close because you have a restraining order.

On the other hand, the ruling also establishes the obligation for the parents to pay alimony in favor of the minor of 150 euros per month each, and a regime of stays with your child, open to what is agreed with the grandparents taking into account the age of the minor.

Thanks to this ruling, the two grandparents will be granted guardianship powers over their grandson and will be able to make all the necessary decisions related to his health and education. The couple’s lawyer, Juan de Dios Ramírez Sarrión of the Ramírez Sarrión law firm, has been very grateful for how both the court and the Prosecutor’s Office have ensured “the protection of minors in situations of risk.”

It is not the first that custody and custody are granted to relatives who are not the parents of the child. The element common to all these assumptions is, in addition to the interest of the minor, which always prevails in cases of attribution of custody, the existence of complex family relationships.

An example of this is the case that reached the Supreme Court in 2018 (access the ruling here), in which custody was awarded to the paternal aunt of the minor after the death of her mother, instead of the father. The reason for this resolution was that the minor had a stable and safe environment with her aunt that had enabled “the creation of affective bonds very different from those that existed with her father, who lacked the ability to adequately care for the girl, given his age, his job and the other family responsibilities he already had ”. For the court, the recovery of custody by the father would have left the girl exposed to a situation of uncertainty. Likewise, the magistrates considered that the father’s rights were duly protected with the established progressive visitation regime.

But custody is not always disputed between a relative and one or both parents, it is also possible that none of the parties to the dispute are the parents. This happened, in a matter resolved by the Supreme Court in 2015 (access the ruling here), in which both the minor’s paternal aunt and his maternal grandparents claimed custody. The family situation was especially tragic, as the boy’s mother could not take care of him because he was in prison after being convicted of killing the father of her son. Finally, custody was awarded to the aunt as she had taken care of her nephew since the fatal event took place.

In another case also resolved by the High Court (access the judgment here), custody and custody were not even attributed to a blood relative, but to the husband of the minor’s mother. After the divorce of the spouses, the court decided to attribute to the husband both the custody and custody of the daughter adopted by the couple as well as that of the other minor who, after a judicial challenge of filiation, was shown that she was not his biological daughter. The ruling was based on the emotional instability of the mother, which prevented her from fulfilling the duties of custody and the protection of the interests of both sisters.