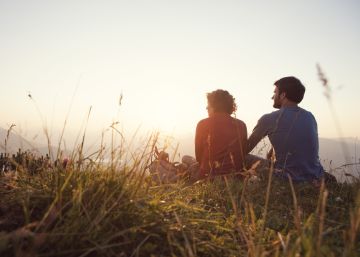 Can the right to have sex of an autistic person unable to understand when a woman consents or not be restricted? That was the dilemma raised before the British justice with the case of a 36-year-old man, whose identity has been protected under the acronym JB The Court of Protection of the Central Family Courts in London – which deals with situations that involve mental problems— has understood that Your desire to get intimate relationships should not be restricted.

At the trial, the expert report of a psychologist who said that J. B. represented a "moderate risk" of sexual harassment of women could be read. Specifically, towards those in a situation of vulnerability. The man, according to that medical opinion, was not in a position to understand why the express consent of the woman is necessary and important, nor that trying to force a sexual relationship without the permission of the other person constitutes a crime.

The judge responsible for the sentence, Jennifer Mary Roberts, has understood that imposing that requirement, in this particular case, would be an act of discrimination: "the imposition of a specific burden that an individual with full capabilities does not have to bear."

J. B. has never committed a crime against sexual freedom, but his past behavior towards women led local authorities to submit him to a special care plan since 2014, and to limit his personal freedom in some respects. The legal representation of the plaintiffs has unsuccessfully demanded that the judge keep those restrictions in force. "If criminal law cannot regulate this type of behavior, persons with disabilities will commit crimes against sexual freedom before justice can intervene to prevent it. Consenting to continue this situation constitutes a disclaimer by this court," Vikram Sachdeva, the lawyer who defended the lawsuit, has argued.

Judge Roberts has, however, attended to the reasons of the man, "who has made it very clear that he desperately wants to find a girlfriend with whom I can maintain a relationship, is eager to have a sexual partner and believes that the current restrictions involve an unfair and illegal interference with their basic rights to privacy and family life. "

Local authorities have announced their intention to appeal the sentence. "There is an interesting tension in these cases," he told the newspaper. The guardian Victoria Butler, one of the lawyers for the team that filed the lawsuit with the judge. "And he has never been submitted to the Supreme Court's final criteria. It may be the case, as has happened with JB, that he is considered fully capable, and at the same time the chances of him being criminally prosecuted for trying to have sex without consent are 100%. "

The judge, however, has considered that the basic right to have sex should prevail at all costs. "It is a basic expression of our human condition and our existence as sexual beings. It is an essential part of our DNA as reproductive human beings," he has written down.