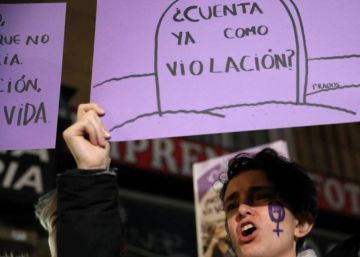 The Andalusian Penitentiary Surveillance Court number 5, based in Granada, has ordered the pass to third grade – semi-freedom – of Juan Carlos Gómez Ruíz, a serial rapist who carried out 24 sexual assaults 24 women between April 1997 and his detention in February 2002. At the time of his arrest he was a Physical Education teacher and committed his crimes in Malaga, his workplace. The Malaga Court sentenced him in 2005 to 271 and a half years in prison, although he only had to serve as much as possible at that time, 20 years. Some of them have already served more than 17. The sentencing court, however, indicated at the time that the penitentiary benefits and the time needed to access other prison degrees will be calculated on the total sentence.

Despite this decision of the Malaga Court, just after serving 15 years of effective sentence – three quarters – the rapist asked the court to apply the "general compliance regime." The court issued in October 2017 a car in which it states that, despite the imposition of the Hearing to take into account the 271 and a half years for future benefits, the Criminal Code allowed him to apply the general regime, “with a favorable prognosis of social reintegration and previously hearing the Fiscal Ministry, the other parties and Penitentiary Institutions.

The judge heard the victims, the Prosecutor's Office and the treatment board of the Albolote prison (Granada) where he is interned. All pronounced against. However, he considered that the jail report was not motivated, "just stating that the decision (not to report favorably to the change of prison system) is taken by a majority of seven votes in favor and one against."

The court then analyzed the reports used in the prison for its refusal and gave it the opposite assessment. In that 2017 car, he states that “the prisoner is participating in a sexual impulse control program… there is no problem whatsoever and… he has observed very good behavior,” which has then taken a second course to strengthen the objectives of the first or that “ his family environment of origin is normalized and is binding… unconditional support of his family ”. And it ends with a recognition of the “extreme gravity” of the crimes but remember that the legislator does not consider that this prevents access to “prison benefits, exit permits, progress in degree and access to probation”. With all this, the judge concludes that "there is a low risk of recidivism" and, therefore, gives him the general compliance regime. This, in practice, repeals the part of the sentence that indicates that prison benefits are made over 271 years.

Already in the first months of 2019, the serial rapist requests the passage to third grade that would place him out of jail and take him to a Social Insertion Center (CIS). The prison team issues a report contrary to the passage to that regime and asks to continue in second grade, the usual in prison. The rapist appealed this refusal and by order of September 2, 2019, the judge granted that third degree against the decision issued by the prison. That will take you in a few days to a CIS where the treatment board will decide how long it will be without going out and when you can spend a few hours outside and even work abroad. In any case, if nothing happens, in 2022, the rapist will regain his freedom.

In this recent order, the judge clings to the fact that the third degree of prison must be determined according to the system of "scientific individualization." For this reason, he repeats many of the arguments of his writing two years earlier: “Nothing for now opposes the alleged progression… it has excessively extinguished three-fourths of the sentence and has observed an impeccable conduct… with an excellent rating… with family support and has made good use of numerous exit permits. It lacks known addictions with criminological significance… it has correctly carried out the program established for the prevention and control of sexual aggression, in which it has obtained a favorable rating. He fully assumes his criminal responsibility, shows repentance and empathy with the victims. There are no criminal attitudes or values ​​observed in the prisoner and no impulses are observed showing control of anger and emotions. ” After that, he concludes that he must be awarded the third grade.

Of the 24 sexual assaults committed, 13 were effectively carried out and 11 were attempted as the victims managed to avoid it. In addition, he was convicted of two crimes of robbery with intimidation, two of injuries, five of conditional threats and three offenses. He also had to pay compensation of just over 800,000 euros although it has not been possible to know if he has paid it or not. In any case, the judgment did not establish any subsidiary civil responsible who took charge in case of default. In case of being released from prison, you cannot approach victims within 2,000 meters or communicate with them within 15 years after they leave prison.

According THE COUNTRY informed at the time, this rapist came to attack some women with their young children in front. The criminal assaulted them at the doors of their homes, armed with a white weapon, or introduced themselves by posing as a plumber.

Acavite, in the tribute to Fernando Buesa – La Provincia

“I am third generation, usually the one that sinks; it is not the case”