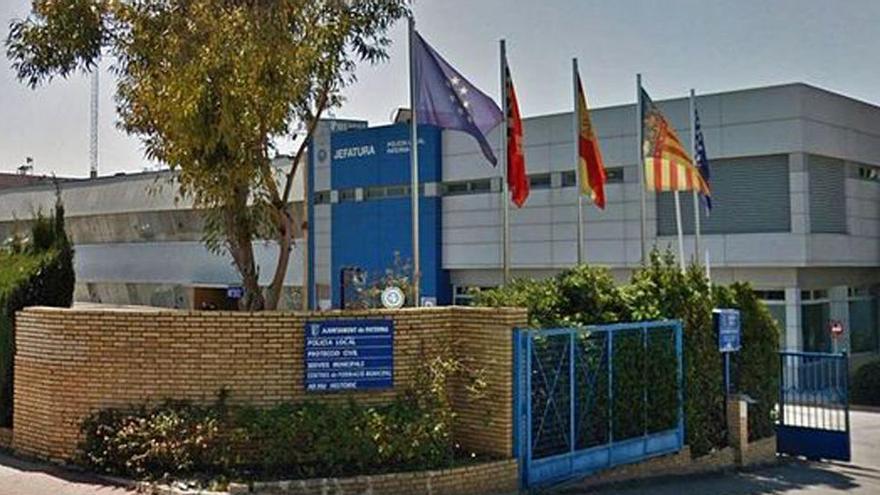 The judge of Violence against Women of Torrent, head of the Court of Instruction number 1 of that city, has issued a resolution by which forces a child under 6 years of age to travel every two weeks to Teruel, with his paternal grandfather, to visit his father in the prison of that Aragonese city, where he is serving a sentence of seven and a half years for mistreating his mother. Among other facts, it was considered proven that he had kicked his wife’s belly when she was pregnant of the child who will now be taken to the penitentiary to visit him.

The resolution, which is provisional until the judgment is held on the terms of the visitation regime, includes a second controversial issue: since the family meeting points (PEF) do not open on weekends, and taking into account that the judge has ordered that the visit to the father occurs on Saturday, the minor must be delivered to his paternal grandfather at the Paterna Local Police Station, where the man resides.

From there, the paternal grandfather will have 10 hours to drive to Teruel, that the child see his father in the communications room of the penitentiary center and return him to his mother again at the police checkpoint at 10 pm. In total 170 kilometers one way and as many back, adding the journey from the child’s home to Paterna and from there, to the jail, located on the outskirts of Teruel. And so, every two weeks.

If nothing prevents it, today will be the first day that the child must travel to Teruel with his paternal grandfather to see his father through the glass of the communications room of the penitentiary. The child’s mother, Laura (fictitious name), who confesses “overwhelmed and worried about the child and the affectation that all this will have on him”, explains that the child “has not seen his father for more than two years. Nor to his grandfather. You will meet two strangers, and in two environments, such as the Local Police and the jail, which do not seem the most suitable for a 6-year-old child. All of this is very harmful to him.

The judge issued the resolution by which agreed with the father in his demand to establish a visitation regime in prison in July, but they could not be carried out because it was necessary to provide the child’s data to enter the penitentiary. Finally, the judge determined on the 17th of this month, through an order, the way in which her ruling that the father could see his son in prison should be fulfilled.

The mother, through her lawyer, appealed that decision, although that fact does not paralyze the measure. In that letter, he alleges that the minor’s interest is not being looked after and that his health is being put at risk, by forcing him to travel more than 300 kilometers with a person over 60 years of age with whom he does not live and then share the space. in prison, without knowing the health situation of that penitentiary in relation to the pandemic.

The mother considers that her son “is being treated as an object»And considers the measure inappropriate. For this reason, he has sought help from the Public Prosecutor’s Office, in protection of minors and in an office of attention to victims of crime of the Generalitat Valenciana. “They have helped us a lot and are getting involved in finally stopping this, but, for now, we have not succeeded,” explains Laura.

In fact, the Violence against Women section of the Valencia Prosecutor’s Office sent its allegations to the judge late in the morning, requesting that, for the time being and until the final trial is held, the visits be held through video conferencing to avoid harming the child. However, the court has responded to comply with a judicial order.

The father He was denounced for mistreatment by his then wife, Laura, in 2014. That year the child was born. Among other violent actions that led her to denounce there was a very serious one, which occurred when the abuser “kicked her belly while she was pregnant with that child,” according to the appeal.

The defendant was tried four years later, in July 2018. A month later, the Valencia Court imposed a sentence of seven and a half years in jail, who appealed, so he did not enter prison until a year later, in October 2019, when the ruling became final when ratified by the TSJCV.

Until he was admitted to prison, the father did not ask to exercise his right to see the minor.