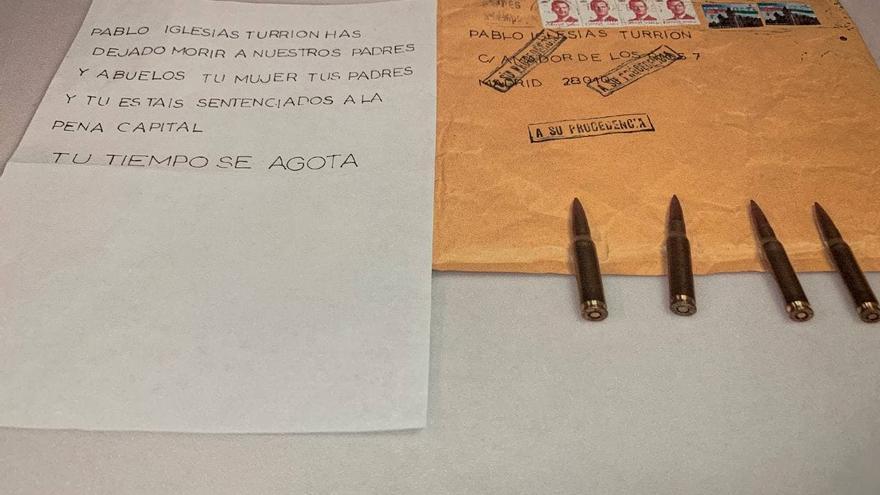 The head of the investigating court number 3 of Madrid has agreed to provisionally dismiss the complaints for the crime of threats against the Minister of the Interior, Fernando Grande Marlaska, the former vice president of the Government Pablo Iglesias and the director of the Civil Guard, María Gámez, because it argues that “the steps carried out during the investigation do not derive data to identify the persons responsible”.

The three had received at the end of April letters with bullets inside. In the envelope of the Minister of the Interior there was a writing that read verbatim: “You have 10 days to resign. The time to laugh at us is over. National Police, Civil Guard. Time is against you for popping.” Inside were two unimpaired cartridges of caliber 7.62×51. In the case of Iglesias, there were two bullets from the Cetme-type rifle.

In the case of the director of the Civil Guard, María Gámez, she reported to the Central Operational Unit (UCO) that the envelope arrived at the hands of her office secretary with an anonymous threatening note and with a 7.62 mm cartridge. .

The Court of Instruction No. 3 of Madrid initially learned of the complaint for the threatening letter received by Pablo Iglesias and, later, of the cases opened in courts 52 and 57, relating to those of the Minister of the Interior and the director of the Civil Guard, as yours is the oldest. In addition, in this same court the case initiated in Instruction 34 was also accumulated based on a complaint from Vox as a popular action.

The letters were received in the middle of the campaign for the elections to the Community of Madrid and the threats soon became one of the central themes of those days, largely due to Vox’s refusal to condemn those attacks. The far-right party went so far as to say that it was a setup and in fact appeared in the cause that has now been closed, promising that they would uncover the truth of what happened.