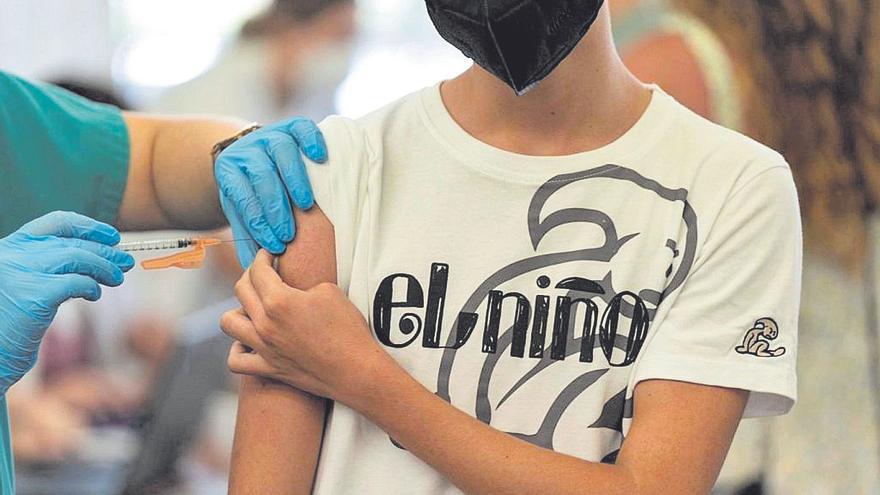 A judge from Icod de los Vinos he has given wings to the anti-vaccine groups with his reasoning dictated in a car in which he has endorsed that a minor under 15 years of age cannot be vaccinated against Covid-19 at the wish of the mother, against the interest of the father, separated and with shared custody, as well as of the child himself, since both do defend the inoculation of the serum against the coronavirus.

The head of the Court of First Instance number 2 of Icod de los Vinos has taken refuge in a car, in the “prudence principle” and considers that in the case of minors, vaccination against the coronavirus offers “more risks than benefits.”

With this argument, the head of the aforementioned Icodense court dismisses the father’s request for his son’s vaccination to be authorized by judicial means. However, in the same order, the judge gives the mother a period of two years to decide if she changes her mind to then vaccinate her offspring, who would still be a minor as she was then 17 years old.

In the order, dated December 10, 2021, the magistrate uses, among other arguments, to reject the request for judicial protection made by the father of the minor that he “was not accompanied by any medical report or any document that supported his request”, only a burofax from the mother of the minor in which she argued the reasons why she opposes the provision of the anticovid vaccine to her son, her son’s birth certificate and the separation sentence.

The magistrate points out that leaving aside “personal opinions or considerations” that each of the parents may have, it is the mother who has contributed “abundant medical and scientific documentation on the vaccine” to this case, also demonstrating, “a greater knowledge of the subject of vaccines by having access to that information as director in a medical center”.

In this sense, the judge considers that the mother’s arguments to oppose the provision of the aforementioned vaccine are based on the “principle of prudence, in which the effects of the vaccine in the medium and long term are unknown, since the clinical trials are not over.

There is controversy in the scientific community on the suitability of vaccinating minors or adolescents or not. This is what emerges from some studies carried out by vaccinologists of recognized international prestige such as Adam Finn and Andrew Pollard -published in the journal Archives of Diseases in Childhood-, where they do not opt ​​for one or the other option, but they do highlight the points to consider regarding the vaccination of minors to address the pros and cons.

Regarding the benefits of vaccinating minors, both specialists list the protection it has against serious illness, protection against multisystem inflammatory disease, against persistent Covid-19, prevention of community transmission as well as that it can avoid indirect damage such as quarantines or school closures. Regarding the risks, both experts show certain risks due to adverse effects, long-term safety, shortages in the supply of vaccines, cost and interference with traditional childhood vaccination programs.

Finn and Pollard conclude that the decision to vaccinate or not to vaccinate is more complicated in minors than in adults, since the risk-benefit balance is more nuanced. On the other hand, it is important to address vaccination according to age segments (under and over five years of age), maintain surveillance and, especially, that of variants, the socioeconomic context of the country and vaccination schedules with a dose for reduce the risk of myocarditis. In short, it seems prudent and wise at the present time to weigh the risks and benefits with caution and to proceed with care.

That principle of prudence is the one that is appealed to in this order, regardless of the analyzes and tests carried out by the pharmaceutical manufacturers of the vaccines before they were approved for massive inoculation among the world population.

The vaccines that are currently being inoculated against Covid-19 have marked a milestone in the world of science given the speed with which they have managed to develop. This fact has precisely become one of the main arguments of the anti-vaccine when arguing that serums are not safe. Nothing is further from reality.

In the case of the European Union, each and every one of the vaccines that are currently being inoculated have been shown to be safe and effective in clinical trials that have had the participation of tens of thousands of volunteers Worldwide. All data derived from these trials have been thoroughly evaluated and analyzed by the European Medicines Agency (EMA), the regulatory body responsible for giving vaccines the green light to receive emergency marketing authorization for part of the European Commission.

Among the documentation provided by the mother to this case, the judge endorses the argument that it is proven that “minor children hardly suffer consequences from Covid.” It is a report from the Carlos III Institute and another private one, commissioned by the mother to the doctor in Chemical Sciences Sergio Pérez Olivero under the title “Independent scientific analysis”.

Both reports are in line with the little impact that Covid-19 has on mortality and admissions to the ICU of those under 19 years of age.

In this sense, the judge maintains that she cannot ignore the abundant jurisprudence that exists regarding convictions of pharmaceutical companies or public administrations for the adverse effects of vaccines or medications. And so, he gives as an example cases of encephalitis produced after the smallpox vaccine in 1975 or the victims of thalidomide.

Likewise, it points out that in the case of the Covid-19 vaccine, serious short-term adverse effects such as myocarditis and pericarditis have been documented and highlights that the vaccines – when the case was instructed – had emergency authorization.

It also maintains that, in this case, parents must be previously informed before granting or not consenting to any action in the field of health.

Regarding the collective solidarity involved in the vaccination of minors, the judge maintains that it is “ethically doubtful” to use the pretext that it serves to protect the elderly and vulnerable people, given that there are other “effective” mechanisms such as the use of face mask.

In the car it is also noted that the vaccines do not immunize against the virus and “none prevents contagion or prevents transmission.”

In this line, the order states that “a year ago, the Covid vaccination campaign had not started in Spain, and yet, now, after almost a year of supplying said vaccine, and with a high vaccination rate that It is around 80%, the contagion data is not better ».

The Clalit Research Institute in Israel, in collaboration with researchers from Harvard University in the United States, has analyzed one of the largest integrated databases of health records in the world to examine the efficacy of the Pfizer/BioNTech BNT162B2 vaccine. against the Delta variant of SARS-CoV-2 among adolescents and has confirmed that the risk of symptomatic Covid-19 decreased by 93% compared to the unvaccinated, while the risk of documented infection decreased by 90%.

The study, conducted in Israel, one of the world’s top leaders in Covid-19 vaccination rates, provides the largest peer-reviewed assessment of the efficacy of a Covid-19 vaccine among adolescents in a mass vaccination setting. nationally, and the first study of its kind in which the Delta variant was dominant.

The results of this study validate and complement previously reported findings from a Pfizer/BioNTech phase III randomized clinical trial, which focused on symptomatic infections against non-Delta variants and which, with 1,983 vaccinated adolescents aged 12 to 15 years, was unable to accurately assess the efficacy of the vaccine. The large size of the present study allows a more precise evaluation of the efficacy of the vaccine in different periods of time. The researchers reviewed data from 94,354 vaccinated adolescents ages 12 to 18. The results convincingly show that, one week after the second dose, this vaccine is highly effective in adolescents against symptomatic COVID-19 and against all documented infections.

The study authors point out that the data should facilitate informed individual risk-benefit decision-making and, in our opinion, make a strong case for the option of getting vaccinated, especially in countries where the virus is widespread. currently extended.