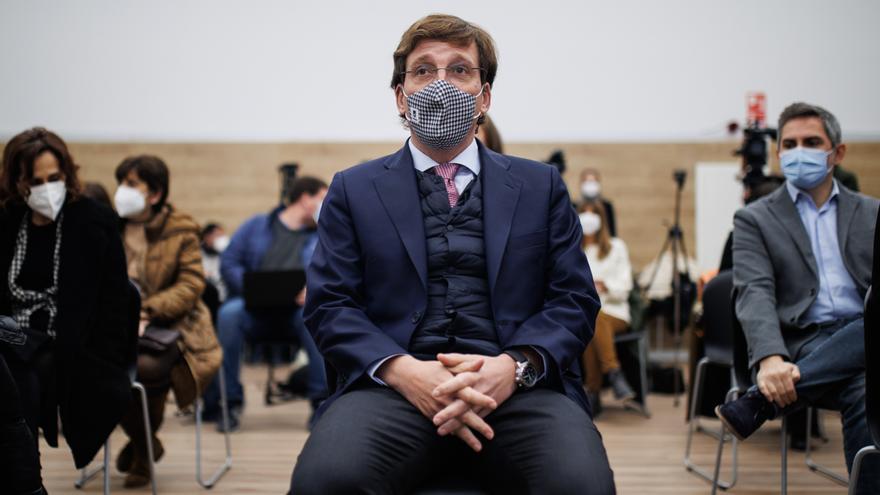 A court in Madrid has decided to annul a traffic fine imposed on a driver because the images radar that “chased” him at a higher speed than allowed by the M-30 are not enough to sanction him. A sentence in which the magistrate makes a severe criticism of the Madrid City Council and reproaches it for not answering citizens when they resort to this type of sanctions, which forces them to go to court. “Citizens deserve more than the cavalier ignorance of their writings”, says the sentence that obliges the consistory of Jose Luis Martinez-Almeida to return the money from the fine to the driver who appealed.

The origin of the process is in the Radar of speed that monitors the tunnel of the Avenida de Portugal, road that connects the M-30 with the highway of Extremadura. According to the consistory, the driver was photographed shortly before the state of alarm circulating along that road at 85 kilometers per hour, when the maximum speed allowed in these tunnels is 70 kilometers per hour. The driver appealed the fine of 100 euros, imposed by the General Director of Traffic Management and Surveillance of the consistory, understanding that the radar image did not provide sufficient evidence: neither about the speed at which he was going nor about the limits of the road nor about the location of the car he was driving.

The City Council’s response to their complaints, reveals this sentence, was negative with a reply that did not allude to any of their arguments, but limited itself to saying that they could not prosper. Now it has been the contentious-administrative court 23 of the city that has annulled the fine for this lack of evidence in a sentence that constitutes a harsh reprimand for the consistory: it ensures that the Madrid public administration is in the habit of answering citizens with resolutions that he defines as “absolutely stereotyped” that push the citizen to go to court if he wants to fight his decisions or, at least, that some evidence is practiced that allows them to defend themselves.

The resolution, to which elDiario.es has had access, is forceful and cannot be appealed. First, the magistrate explains that radar images, indeed, they are not enough to impose the fine: “The examination of the photograph leaves enough room for doubt as to have made it precise, at the risk of defenselessness of the file, the admission of evidence whose practice requested in administrative proceedings.” With the photo, says the magistrate, the place where the car is is not “clearly” identified, nor is there a speed limit in that section of the tunnel.

But he is also critical of the City Council’s actions, which did not allow any of this to be demonstrated during the processing of the fine. “Citizens deserve something more than the cavalier ignorance of their writings. For this reason alone, the appeal deserves to be upheld,” says Judge Marcos Ramos Vallés. And it is not the first time it has happened, he adds: “The Administration (…) persists in the action to which it unfortunately has accustomed us of not motivating sanctioning resolutions which do not respond to the allegations of the interested party.” The Madrid council has the habit, says the judge, of limiting itself to “drafting absolutely stereotyped resolutions that are inserted in all sanctioning files of the same nature that arrive at the courts of this city without making the slightest mention of the allegations of the part interested party or to rule on the evidence requested by her,” says the resolution.

In this case, the judge continues, there is an “absence” of motivation for the council’s refusal to review the fine. This, he adds, “makes the Administration’s response insufficient, urging the company to go to court if it seeks a different resolution.” The absence of a valid and concrete response from the Madrid City Council to the appeal against the fine of 100 euros translates into the defenselessness of the driver, settles the sentence, “as stated in a peaceful, extensive and repeated jurisprudence.”

The verdict of the sentence was spread on Twitter by the lawyer who has won the case, Eugenio Sanz. In statements to this newspaper, the lawyer explains that in this type of case the administration answers quickly “to speed up the file”, but without answering anything. “The great reproach that the judge makes is that this response is still a generic form and that it does not respond to the specific allegations that are made,” explains the lawyer.

In other cases, when the citizen demands that money be returned, such as, for example, that of the municipal capital gain, the system is different: sometimes the administrative silence is received in response. The result, as the order also points out, is that the citizen has to spend money to go to court: “The direct consequence is that if the citizen wants to assert his position, he is forcing him to go to court,” explains the attorney. In the case of contentious-administrative matters, he says, “at least it means that you have to hire a lawyer” to, as in this case, fight a fine of 100 euros.

The sentence that has resolved the case of this traffic fine exposes a dozen sentences of the Constitutional Court as well as the Supreme Court that affect the importance of the public administration allowing citizens to defend themselves on equal terms in this type of sanctioning procedures . “The burden of proving the constitutive facts of each infraction corresponds inescapably to the Public Administration, without the accused being required a ‘diabolical probatio’ of the negative facts”, recalls the 25th contentious court of the capital.

The judgments cited by the court reveal that this is not a recent case law and neither is it new. Remember that, for example, in April 1995 the Supreme Court annulled a fine of 100,000 euros imposed by the Community of Madrid on a soft drink company for excess load on its trucks. And that three years later he did the same with a fine of one million pesetas imposed by the Council of Ministers on a company for the allegedly irregular placement of a billboard in the Leonese town of Astorga.

In those cases, settled more than two decades ago, the supreme court It has already made it clear that the administration is obliged to respond to these resources with something more than a negative. In the first case, for example, the Community of Madrid simply refused to complement the statement of the denouncing police officer with the testimonial of the scale handler who issued the toll tickets. In the second case, the Council of Ministers did not agree to minimally investigate the situation of the plot where the billboard was placed: “The agreement of the contested Council of Ministers is produced without incorporating any other reasoning that would be apt to clear up that mystery,” he reproached the Supreme Court almost three decades ago.